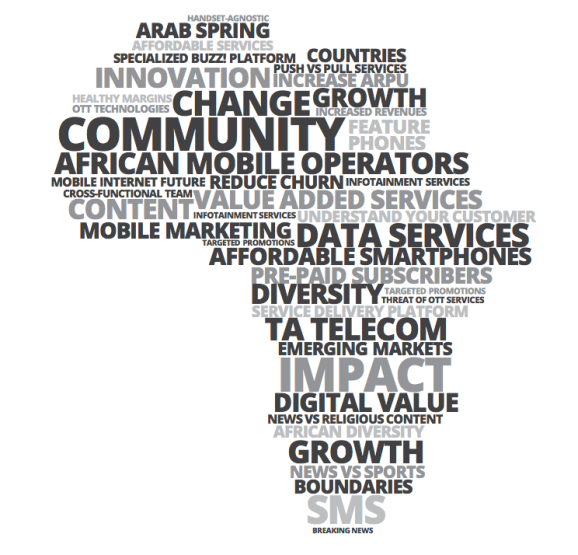 A new report on the African telecommunications market highlights that mobile penetration in Africa hit 80 percent in the first quarter of this year and is still growing at 4.2 percent annually. That’s faster than anywhere else in the world, the report says, and Africa is, after Asia, the world’s second-largest market.

Which means that today, more than eight in 10 Africans have a mobile phone.

In part, that’s driven by a massive reduction in the costs of owning a mobile phone: The average revenue per user for telecom companies has dropped 80 percent between 2001 and 2011. Economies of scale have taken hold now as the basic infrastructure has been built out, and more competition by independent (not state-owned) telecoms has driven down prices.

That’s good for Africans, of course, and good for the market in the long term as well. And there’s still a lot of room to grow.

Most mobile connections — 62.7 percent, or almost two thirds — are basic 2G voice and SMS services, the report says. Of the remaining third, about 27 percent have access to 2.5G for low-speed data, and just 11 percent have 3G access — never mind LTE.

As more and more infrastructure is built, however, data services and connection speeds are increasing. Data revenue for telecoms has grown 67 percent in the key African countries of South Africa, Kenya, and Nigeria in the past few years. And while smartphones are cost-prohibitive for some, current penetration is at 20 percent and is projected to grow fast — by almost 600 percent in Nigeria alone by 2017.