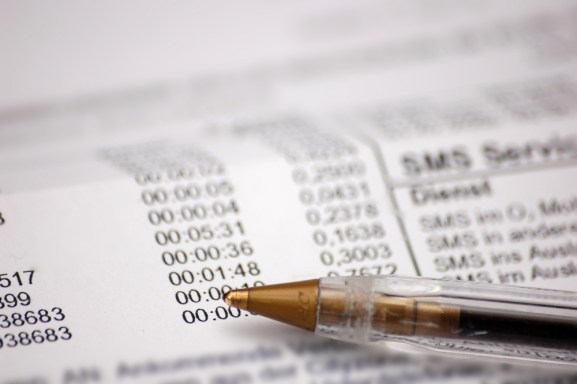 Andrew Bud is the global chairman of MEF.

Last month three of the major U.S. carriers — AT&T, Sprint, and T-Mobile entered into an agreement with 45 states to stop billing customers with premium SMS (PSMS) in an effort to end “cramming.”

The initiative, led by the Vermont Attorney General’s office, is intended to put an end to unsolicited third-party charges on mobile bills, or cramming. While not part of the agreement, Verizon Wireless confirmed it too will discontinue PSMS.

This news marks a watershed in the history of the mobile content industry. For over a decade, carriers and content providers alike were confident that carrier billing would be a fundamental part of the payment mix, a key enabler for mobile commerce. That era is now over.

A few years ago, this would have been a thunderclap. Only five years ago, the mobile content industry billed $35 billion annually worldwide via PSMS. It was virtually the only way mobile commerce was paid for and underpinned many established businesses that provided entertainment services, games, TV voting, and information services.

But the industry has evolved with incredible speed to a model we describe as mobile 3.0, which is well-illuminated in MEF’s third annual Global Consumer Survey released this month. It shows how a decline in the purchase of small-value content has been more than replaced by a tendency to buy more valuable things via mobile; a trend consistent across both developed and growth markets. It identified a fall in purchase volumes of digital content for the first time from 54 percent of mobile media users in 2012 to 42 percent in 2013.

However with physical and perishable goods accounting for just 25 percent of m-commerce payments globally, according to the 13-country study, the end of PSMS in the U.S. eliminates the American mobile carriers’ offer of a fast and easy way to pay for valuable items of m-commerce.

It didn’t have to be this way. In countries as varied as the U.K., Brazil, and Indonesia, MEF has engaged with national industry regulators, which have successfully eliminated the toxic practice of cramming without closing off PSMS as a payment option. But despite the best efforts of the carriers, the FTC and the state’s attorney generals, cramming has persisted in the U.S. and has come to be seen as a serious problem, fatally damaging consumer trust and confidence.

While mobile 3.0 is built on a wide range of different payment models, the PSMS debacle is an example of how a useful model of mobile commerce can forfeit its place in the market, highlighting the wider issue of the fundamental importance of consumer trust and confidence in the mobile channel.

Indeed, the survey also indicates quite clearly that trust in mobile remains a significant barrier and is a growing concern for consumers with 40 percent of respondents citing trust as an issue compared with 35 percent in 2012 and 27 percent in 2011.

So in terms of consumer trust, what can we learn from the end of U.S. PSMS?

The freemium model for mobile content and services relies on the gathering and monetization of user data  Instead of buying digital goods, we are increasingly exchanging them for our personal information, such as our names, email addresses, browsing preferences, location, and more.

As PSMS payments are replaced with the value that is locked inside data, we must be sure not to replace PSMS abuse with the cloaking of data collection and use.

While there is absolutely nothing wrong with the freemium model, its long term viability depends on all parties collaborating to ensure transparency across this data value-exchange.

To give this some context, earlier this year, MEF’s Global Privacy Report 2013 showed that only a third of consumers are comfortable sharing personal data with an app. Transparency is key: 70 percent consider it important to know when an app is gathering and sharing their personal information.

Consumer trust, transparency, and confidence are the foundations upon which the industry must be built. MEF works with its members to build these assets worldwide, focusing on the emerging area of consumer privacy. The recent launch of www.appprivacy.net is an example of industry-led best practice and of promoting the establishment of consumer trust through self-regulation.

It is foolish to make the same mistakes over and over again. Let’s learn the lesson the U.S . has just given and be sure to apply it to consumer data privacy.

Andrew Bud is the global chairman of MEF, an international trade organization representing the global mobile content and commerce industry. MEF is headquartered in London and has chapters in Asia, EMEA, Latin America, Middle East, Africa, and North America. Andrew is also the founder of SMS industry leader mBlox and of personal authentication startup iProov. An industry veteran with more than 17 years experience at the mobile coal-face Andrew has championed countless mobile industry issues. He help found MEF in 2001 to support the mobile industry as it grows in to new geographies and new vertical markets.