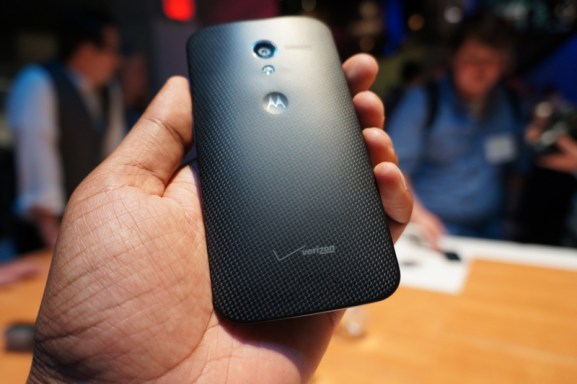 If you’ve missed Motorola’s holiday deals for the Moto X, now is your time to nab one.

The Moto X, one of my favorite Android phones of last year, is now officially $400 off-contract and unlocked, Motorola announced today. That’s a steep discount from the Moto X’s original $579 unlocked price, though it’s not as great a deal as the sporadic $349 holiday offers for the phone (those sold out pretty quickly).

Of course, you can still get the Moto X for $100 with a two-year contract on AT&T, Verizon, and Sprint, but the unlocked option gives you the freedom to switch carriers at will (and also lowers your monthly bill).

The new pricing puts the Moto X in direct competition with the LG-made Nexus 5, which starts at $349 unlocked. While the Nexus has better specs all around, I personally prefer the feel and features of the Moto X. For all of the Nexus 5’s powerful tech, it still can’t accept voice commands when it’s in standby, one of the Moto X’s core (and killer) features.