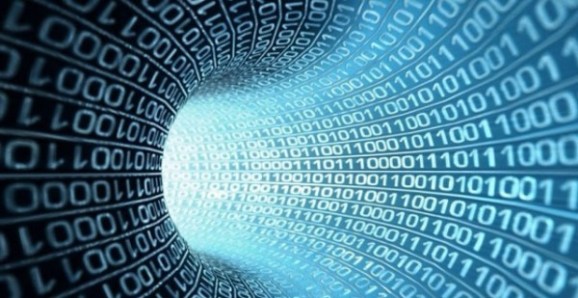 Imagine you could know with reasonable certainty exactly which CRM system, database, hardware, or other business software a prospective client is using right now. That’s exactly what HG Data, a big data startup headquartered in beautiful Santa Barbara and launching in public beta next week, does for marketers and sales reps.

“This is the sales guy’s best friend … customers come back and say ‘it feels like cheating,'” CEO Craig Harris told me last night. “Essentially, they’re starting out at the 50 yard line while competitors are starting at the 5 yard line.”

That is, apparently, what analyzing over a billion pieces of unstructured data every single day will buy you.

HG Data, which was founded in 2010 and had a seed round of $2 million last year led by Epic Ventures — with participation from the founder of DoubleClick, Kevin O’Connor — crawls the open web looking for data buried in Word documents, PDFs, Excel spreadsheets, and other sources of critical data that most companies don’t even know is public. Everything it finds goes into its massive database, which the company’s data scientists then sift for clues that Samsung uses Marketo for marketing automation, or that Coca-Cola uses SugarCRM.

That enables laser-like targeting of marketing efforts which results in a 400 percent increase in response rates to demand generation programs, marketing director Eric Jensen told me — and a 75 percent more efficient spend on marketing.

“We can target by industry, by title, but also by installed software,” Jensen says. “Instead of a big broadcast out, we narrow it down to just the people you want to talk to.”

(Full disclosure, Jensen is the brother-in-law of VentureBeat’s editor-in-chief, Dylan Tweney, which I did not know before requesting an interview with him, and which he revealed to me freely when we first chatted.)

HG Data’s model is similar to what just a few other companies are trying to do. Salesify, which I interviewed last year, does essentially the same thing with its TechLeads Online service. Other competitors include DiscoverOrg and, to a much lesser degree, Social123. All, however, are harnessing the power of big data to detect patters in billions and billions of shared documents that, aggregated and analyzed, reveal patterns, language, hints, and clues as to what software a company is using internally.

One early investment has really paid off for HG Data: linking to Dun & Bradstreet numbers. It wasn’t cheap or easy, but it has resulted in HG Data being one of only nine companies invited to be flagship launch partners on Dun & Bradstreet’s new data exchange. Not only is that a huge endorsement of the company’s product, it’s also a major service for enterprise clients who can now integrate HG Data’s lead information into their CRM and marketing engines with a high level of confidence that records and leads are assigned to the right accounts, and data validation and translation is not a problem.

Sales and marketing are driving massive growth, but it could be just the beginning for the Santa Barbara company, which is starting to dream about even bigger opportunities.

“We’ve started wondering about correlations between installs and stock prices,” Jensen told me. HG Data, of course, can inform analysts how much traction a given company is getting — or that a particular service has just lost 25,000 customers last quarter.

“We mostly joke about that … but there’s a lot of really good data we get,” he continues. “Looking at trends and adoption trends over time might be our single best use.”

The company is opening up to new customers in a public beta, starting next week.