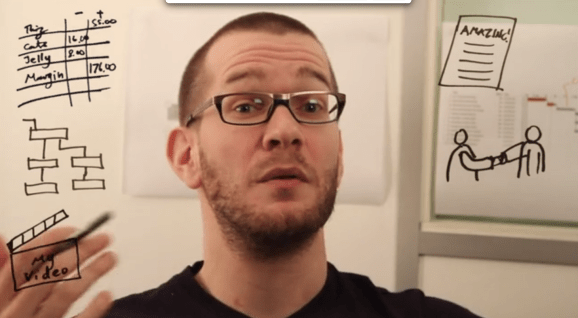 I spend quite a bit of time supporting, looking at (and running my own) Kickstarter campaigns. One of the things I often notice is that some people don’t really think about what their campaign is for: funding their project.

I’ve seen people who have promised hand-painted postcards for their Kickstarter backers at $15. The problem with this is that the postcards weren’t core to the Kickstarter project, so in practice, every second spent on those postcards was a second not spent on the main project.

So what would happen if this person received 200 backers for that award level? That would be amazing! They’d have $3,000, right? Awesome!

Except Kickstarter takes 5 percent, and so does the payment processor, so we’re down to $2,700 before the money arrives.

Then the work begins

And that’s just the start. All rewards have a cost; whether that is time, money, or both. In this example, the person in question was promising watercolors. A quick Google search tells me that you can buy watercolor paper for £5/$7.75 for 20, so that’s £0.25 per sheet. You’ll also need the paints themselves, so let’s call that another £0.05 per sheet. In addition, she’ll need an envelope (because you can’t send a watercolour postcard unprotected – say, £0.05), and postage (let’s say £0.29 per postcard). That brings the total to £0.64/$0.99 per post-card. So, to create 200 postcards, you’re spending $200-ish in actual expenses.

In addition, I know this person is a bit of a perfectionist. They’ll spend at at least 45 minutes on average to paint a watercolor, write the address on an envelope, stick a postage stamp on there, completing the task. To complete 200 of them, that’s 150 hours. If they work 40-hour weeks (they don’t; they tends to work less because creating art drains their energy), that’s 3.75 full weeks worth of work.

So the entire postcards project would cause nearly a month worth of work, paid at a reasonable $19.33 per hour. However, that’s not how it works: The money is meant to be funding the project, so the right way to think about it is that they are paying themselves minimum wage ($8 per hour in California) and will in fact have invested nearly $1,400 in this project (their wage plus materials).

Is it worth it?

All of this was a hard-learned lesson during my first Kickstarter project: I promised people signed books, but when I did my calculations, I had only calculated shipping them to them directly from Amazon. This, obviously, was a huge problem: Now, instead of drop-shipping the books directly from Amazon, I had to ship them to me, sign them, put them in envelopes, and post them again. It cost me a day’s worth of time, and the postage cost of heavy photography book wiped out a large chunk of the profit I could have invested into my project.

So, before you pick a Kickstarter reward, think about whether it scales well (can you deliver five? 100? 1,000?); whether it helps the core project (giving away a download code for your film project is cheap in terms of time and money. Having to ship a DVD box set to the other side of the world is really expensive –- and you have to calculate in that at least some of the things you ship will be lost in the mail); and whether you think that the final profit you get to invest in your project is worth it. If it’s not, then you either need to increase the cost of the backer reward until it is worth it, or scrap the reward altogether.

Haje Jan Kamps is the author of Kickstarter: Succeed the First Time (a guide to crowdfunding).