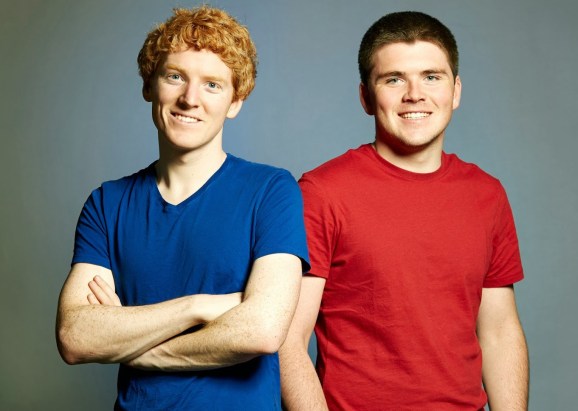 On the heels of a massive $80 million fundraise, Stripe is finally going global.

Today, the developer friendly payments service announced it is available in 130 currencies. Previously, merchants could only receive money in U.S. and Canadian dollars, the euro, and the British pound.

According to a news release, Stripe will automatically handle all necessary conversions and perform daily deposits in merchant’s bank accounts.

Cofounder John Collison said in an interview that this development has been in the works for several years. He planned for this to be be part of Stripe “since we wrote our first line of code,” Colllison told me.

“But we spent quite a bit of time making sure we got it right.” Stripe’s engineering team needed to find a better way for merchants to trade in over a hundred currencies and avoid the quagmire of paperwork and integration.

It’s a smart strategy for Stripe, given that small businesses are increasingly building an online presence to connect with potential customers all over the world. These merchants are eager to sell their wares in nearly any currency.

“We’re seeing businesses selling products globally from day one. It’s a different ballgame than it used to be,” said Collison.

This new offering will help Stripe compete with its chief rival PayPal. At the time of its fundraise in January 2014, Stripe was only accepted in 12 countries. The firm only made its debut in Europe in August. By contrast, PayPal is in almost 200 countries.

Stripe’s customers are typically fellow startups and service-oriented businesses like Lyft, Exec, and Postmates. As we reported, it’s popular with marketplaces, as developers can issue payments en masse, not just for one-off purchases.

However, with this announcement, Stripe has been able to attract a new breed of international customer. Online video service DailyMotion and the Guardian News & Media Group are working with Stripe to make it easier for their customers to purchase subscriptions.

Stripe has raised $120 million to date from a roster of venture capital and angel investment firms, including SV Angel, Founders Fund, and Sequoia Capital. Founders (and brothers) Patrick and John Collinson, both under 30, are graduates of the accelerator program Y Combinator.