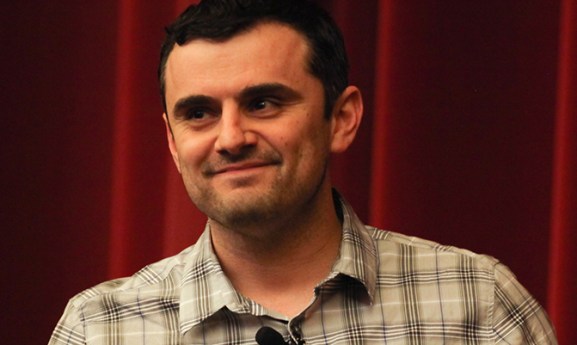 Vaynerchuk, known for founding VaynerMedia and Wine Library TV, has a healthy track record in angel investing. And yet, among exits like Tumblr and Buddy Media, Vaynerchuk managed to keep his portfolio a solo affair. That was until recently, when news of his $25 million seed fund emerged.

The new fund marks a key shift in Vaynerchuk’s investments, as it kicks off a partnership between Vaynerchuk and RSE Ventures cofounder Matt Higgins. You’ll never guess what they named it:

While news of the fund is still fresh, Vayner RSE already counts Medium among its portfolio companies. That deal was temporarily attributed to Gary Vaynerchuk himself before Vayner RSE launched publicly.

Steven Ross, owner of Equinox, Soul Cycle, and the Miami Dolphins (and RSE Ventures co-founder) is the sole limited partner in Vayner RSE. Gary Vaynerchuk’s brother, AJ Vaynerchuk, is also involved as a partner in the fund.

Vayner RSE Principal Phil Toronto told VentureBeat that the fund has already made “four other investments in addition to Medium.” Toronto shared that other deals are currently in progress.

Despite its namesake, Vayner RSE is a standalone play; it operates separately from RSE Ventures. As for Gary Vaynerchuk, don’t expect to find him angel investing anytime soon. He told us there’s “no more angel investing in my life.”

Vayner RSE is not a pure investment play. It’s also an incubator.

The team told VentureBeat that is intends to create one or two businesses a year. The rationale behind the decision is simple: Vaynerchuk and Higgins both self-identify as operators and founders.

Vayner RSE’s area of focus, however, isn’t so clear. “We’re looking at SaaS, brand stuff, and the cross-section of sports and business,” Vaynerchuk told us.

“The biggest thing that’s happened to me is following trends. I like fast following. … We have a desire to support entrepreneurs and go into spaces that others haven’t gotten into or take on complexity that scares others off.”