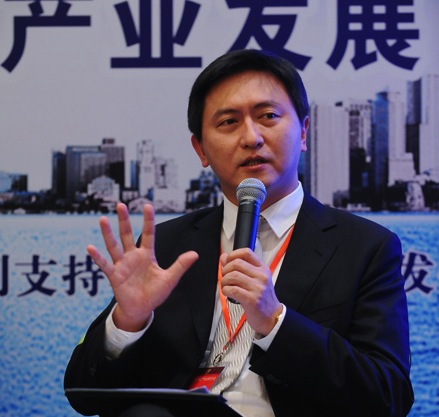 Online education provider TutorGroup has closed a massive $100 million in second round funding from Asia-based investors.

VentureBeat has exclusively learned that online shopping juggernaut Alibaba, Temasek and Qiming Venture Partners participated in the round. The company strategically raised its funds from investors in China and Singapore, as it’s building a strong brand in the region. Most of the TutorGroup offices are spread across Asia, although the company has a research and development group based in Silicon Valley.

TutorGroup got its start in 2004 and quickly became one of the fastest-growing English language learning services. It now also offers Mandarin Chinese language learning on a new site, Tutorming.org. To commemorate the funding, TutorGroup is launching a scholarship for students in the United States and Singapore to learn Chinese. Students can apply online at Tutorming.org.

The company was founded by brothers Eric Yang and Ming Yang, who realized that students in China and Taiwan needed an easy and affordable way to connect with teachers online. Bandwidth is still an obstacle for students in rural areas, but regulators claim that the Internet in China will be ‘five times’ faster and cheaper by 2015.

As a result, chief executive officer Eric Yang predicts that the English language learning segment in China will grow at 25 percent per year. This isn’t particularly surprising, as online education is booming in China. New startups are emerging to capitalize on the trend and U.S.-based services are slowly making inroads in the market. Several of China’s Internet titans — Alibaba, Baidu, and Tencent — have entered into the fray in the past few years by investing in existing e-learning services or starting their own education divisions.

Students looking to learn a new language are flooded with options. But a company spokesperson said TutorGroup stands out from the pack as its courses are so “personalized.” It competes with massive open online course (MOOC) providers, like Coursera and Udacity, and the various online tutoring services (Instaedu is particularly strong in this space). TutorGroup also faces competition from the slew of free and cheap language learning applications, such as Duolingo.

Signing up to TutorGroup is simple: Students can register online and pay approximately $25 to join an online class. TutorGroup boasts some 2,000 language teachers (most of whom are TESOL certified).

The recommendations engine will then determine the optimal class size and learning pace for each student. The course content is reviewed by the community of learners and is consistently checked for accuracy. TutorGroup often refers to its technology as a “platform” or “portal,” as online learners can access around the clock support and a customer relationship management (CRM) tool. According to a spokesperson, this technology was developed over the course of a decade.

The company has bigger ambitions for its technology than online language learning. Soon, you may be able to take a wine education class online on TutorGroup taught by an expert in the field. The company may also license its content to other companies.

TutorGroup previously raised $15 million in a first round funding, in April of 2012.