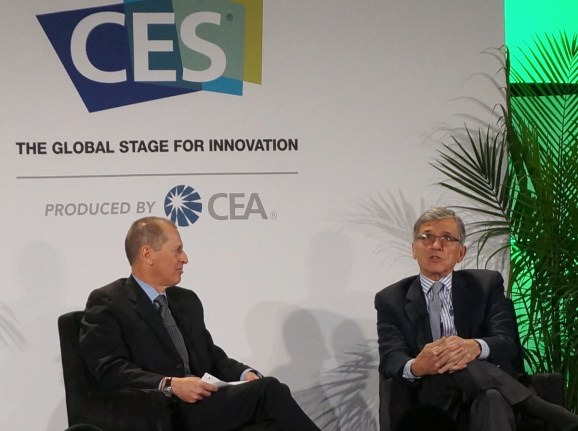 Net neutrality might be dead, but the Federal Communication Commission’s new leader is still focused on preserving the open Internet.

Today, FCC chair Tom Wheeler issued a statement on the agency’s new strategy for preserving the policy of an open Internet, which would ensure that the practices of Internet service providers do not hinder innovation, competition, or open communication.

Wheeler affirmed the FCC would not be appealing an earlier court decision in the case against Verizon, which ruled that the agency did not have the right to enforce its net neutrality rules. Those rules basically forced ISPs like Verizon to treat all traffic on its network the same and prevented them from prioritizing services (such as its own) to work more efficiently. However, the judge did state that the FCC does have authority over broadband network deployment under section 706 of the Telecommunications Act.

“The United States Court of Appeals for the District of Columbia Circuit invited the Commission to act to preserve a free and open Internet. I intend to accept that invitation by proposing rules that will meet the court’s test for preventing improper blocking of and discrimination among Internet traffic, ensuring genuine transparency in how Internet Service Providers manage traffic, and enhancing competition,” Wheeler said.

By meeting the “court’s test,” Wheeler is referring to the thing that caused the federal judge to rule against FCC’s authority on net neutrality. The original wording within the FCC’s mandate made it seem as if ISPs were subject to the same regulation as “common carriers,” aka phone companies, which have stricter regulatory rules. This new set of rules would target ISPs specifically.

Wheeler’s plan to preserve an open Internet include the aforementioned creation of new rules for ISPs, forcing ISPs to remain transparent about how they manage network traffic, ensuring ISPs cannot block traffic, and soliciting public opinion on the matter.

“The Court of Appeals has affirmed the Open Internet Order’s transparency rule, which requires that network operators disclose how they manage Internet traffic,” Wheeler said.

“This is more significant than many people may realize. We should consider ways to make that rule even more effective.”

And as Wheeler notes, transparency would be particularly important because it would be the best way to determine if there was anything that prevented the FCC’s policy of an open Internet.

One easy way to regain the FCC’s authority to enforce net neutrality rules would be to redefine ISPs as “common carriers.” But that is something Wheeler has shied away from in favor of looking at complications on a case-by-case basis. (It’s worth noting that Wheeler’s statement today goes beyond that initial case-by-case strategy, but it’s still unclear to what extent that will be.)

Why everyone isn’t happy with Wheeler’s strategy

“I am deeply concerned by the announcement that the FCC will begin considering new ways to regulate the Internet. As I have said before, my view is that section 706 does not provide any affirmative regulatory authority,” said FCC commissioner Mike O’Rielly in a statement.

“It appears that the FCC is tilting at windmills here. Instead of fostering investment and innovation through deregulation, the FCC will be devoting its resources to adopting new rules without any evidence that consumers are unable to access the content of their choice.”

FCC commissioner Ajit Pai is also skeptical that Wheeler’s call for new open Internet rules is the right course of action, suggesting instead that the agency seek guidance from Congress.

Specifically, he notes that new Internet regulation may create new barrier’s to Congress’ insistence that the Internet remain a “vibrant and competitive free market… unfettered by federal or state regulation.”

Clearly Wheeler doesn’t feel as if the Telecommunications Act of 1996 was ever adequate when it comes to regulating Internet providers. But at least for now, the other FCC commissioners aren’t confident that the agency can create a new set of rules on its own.

Meanwhile, ISPs like Verizon are rumored to be demanding additional money for increased traffic from active services like Netflix — and slowing down all traffic from the video site as a result.

We hope the FCC will be able to work out some semblance of regulation to address issues before things get out of hand.