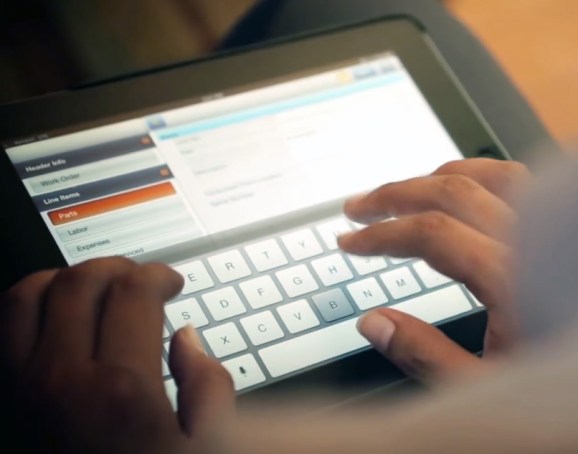 ServiceMax on an iPad

Field service technicians keep the world running. Behind every important piece of equipment — a medical device, a wind turbine, or even your cable box — there’s probably a field tech ready to repair it if things go wrong.

Many of those technicians do their scheduling on whiteboards, spreadsheets, or some other homegrown system. With its suite of mobile apps, ServiceMax aims to help the world’s 20 million field techs do their jobs more efficiently and reliably.

The Pleasanton, Calif.-based company, which today announced $71 million in new financing, makes a cloud-based customer relationship management (CRM) platform for field techs. It offers features like a calendar (with room for work order details), driving directions to repair sites, and the ability to log historical details on pieces of equipment (all the way down to individual components) as well as customers. The platform works across smartphone, tablets, and laptops — though tablets tend to be the most popular.

“When our customers show up with the iPad app, they know everything about their customer, they have the right parts in the van, they can do that job very quickly, and they can send an invoice to that customer before they even leave the customer site,” ServiceMax CEO David Yarnold told VentureBeat.

Veeva had a hugely successful IPO last year. ServiceMax isn’t planning to go public this year, but Yarnold said business is booming: The company has grown more than 100 percent for six straight years, with current revenues at a “healthy eight figures, heading toward nine figures,” he told us. (He declined to share more specific details.)

ServiceMax has racked up more than 300 customers — including GE, Bombardier, Kodak, and Canon — with a lot of clients in the medical and energy industries. Its subscription model costs companies around $1,000 per technician a year.

In the enterprise, ServiceMax competes with SAP, Oracle, and other enterprise resource planning providers — though those solutions tend to be on-premises in contrast to ServiceMax’s cloud-based software.

“Cloud and mobile actually created this industry, as opposed to being a redo of a prior software industry,” Yarnold told VentureBeat. “There’s virtually no churn in our customer base … it becomes integral to the company’s operations.”

The 300-person ServiceMax team will primarily use the new funds to ramp up its sales and marketing efforts, said Yarnold.

“We want to be the face associated with the field service industry,” he said. “It’s an incredible greenfield opportunity right now.”