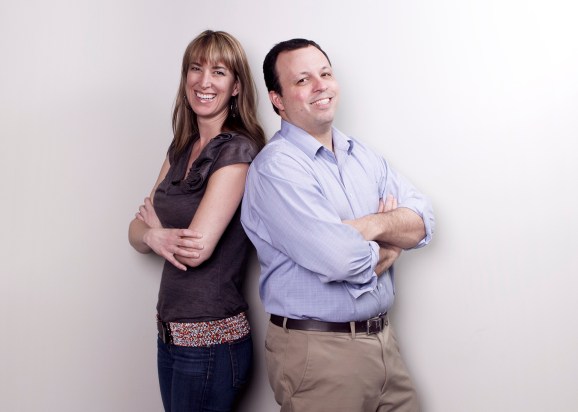 Over the past few months, Wevorce has been quietly testing and tweaking a new service for couples who are seeking an all-online divorce process.

The new feature is videoconferencing, and it might be a much better way to handle online divorces with sticking points such as custody and financial settlements.

Many sites offer online-only divorces, but these work best for uncontested divorces with little or no common property. These services are designed to help parents avoid heated battles over kids and money.

For these big, sensitive topics, a few online forms just don’t cut it.

In the Wevorce pilot, which adds videoconferencing to the company’s other software-based mediation tools, about half of Wevorce’s customers opted to use the new feature, making their divorces online-only. The rest preferred to meet with their spouses and mediators face-to-face or via a video conference in a sound-proof room at one of Wevorce’s ten physical locations.

(Co-founder Michelle Crosby stresses that none of these sessions are recorded and that client confidentiality is protected.)

In the Wevorce process, couples conduct an interview with Wevorce to determine their eligibility. Those that receive a green light connect with an attorney or mediator, a family counselor, and a fiscal architect (typically a CPA) on a call or in person. Spouses are guided through a five-step process to formulate a co-parenting plan and a divorce settlement. Meanwhile, the Wevorce software will start capturing financial information so it can automate mountains of paperwork.

Wevorce isn’t the only company helping people get divorced online. Divorce is big business: In the U.S. alone, 40 to 50 percent of first marriages end in divorce, according to recent estimates. Globally, a divorce is filed every 13 seconds.

But Wevorce’s founders say their company is unique in its focus on amicable separation. According to Crosby, the five-step process was developed during consultations with behavioral scientists and professional mediators. The primary focus is helping clients stay out of court and mitigate any psychological trauma for their children.

“Our core philosophy — and something I often tell our clients — is that you may no longer want to be husband and wife, but you’re always mom and dad,” she said.

Wevorce currently boasts a 99 percent settlement rate, meaning that the vast majority families do not end up in court. In order to sustain this rate, Crosby has laid out a number of qualifications that both parties must meet. “We’re not for everyone,” she admits. Part of the screening process requires that the couple come to one meeting together with a mediator.

Since November, Wevorce has experienced 65 percent growth in revenues month over month, Crosby said. The average price for the service is $8,500, which may seem exorbitant but may be cheaper than a divorce that ends up in court.

Crosby is planning to roll out a cheaper service for lower-income families. In the case of low-income households, the software might be available for free and in multiple languages. The service may sell for an estimated $1,800 to $2,700 for a slightly higher income bracket.

Crosby, a long-time family lawyer, was inspired to start Wevorce while living in Boise, Ida., but she had trouble securing a bank loan. She relocated to Silicon Valley last year after receiving a $100,000 check and an offer to join Y Combinator’s accelerator program.

Crosby went through a divorce herself after her thirteen-year marriage ended. She started Wevorce with marketing exec Jeff Reynolds and her ex-husband, Wevorce COO Mark Michaud.

In May of last year, shortly after launching to the public, Wevorce was prominently featured in a New York Times story dubbed, “Silicon Valley’s start-up machine.” The press mention drove a ton of traffic to the site, and Crosby received an onslaught of calls from couples.

“We had more demand than we were ready to handle,” said Crosby by phone. “So we stated playing with a virtual mediation service.”

The Wevorce team is still experimenting with the optimal video technology; currently, it’s a mash-up of a few different services. Crosby couldn’t reveal which specific services were being used, but she did say that all the options they’re testing have glitches and drawbacks. Crosby is also planning to open more physical offices across the country, ideally one in every state.

To sustain this level of growth, Wevorce will need to raise more capital — and soon. Crosby is gearing up to start the fundraising process in the next few months. She’ll use this cash to build the aforementioned freemium product for families that can’t afford the high price tag for the service.