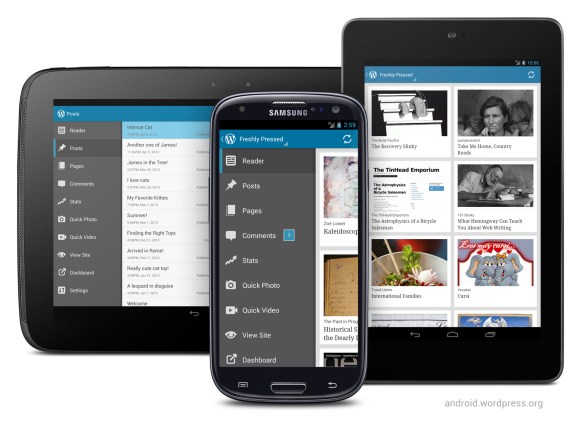 For publishers, the content management system (CMS) is the most effective arrow in their mobile “quiver”. At a basic level, a CMS is the program that allows editors and writers to publish, edit and modify content from a single location. Today, a CMS isn’t only essential to publishers but also brands and bloggers alike. Around for 20+ years, they are a core foundation of the web that many users may not even realize they depend on each day.

For many publishers, it’s become increasingly important to customize their own CMS by building one from the ground up. There’s now even a term for this breed of publisher that has built out a fancy and advanced CMS platform – platishers.

We and our Mobile Summit speakers, including author Jason Baptiste, will have lots more to say on new mobile formats at the event. The Summit is an invite-only event, so be sure to request your invitation soon!

Just take a look at Vox Media, the fast-growing online publisher that recently bought Curbed. It built a proprietary CMS called Chorus. In describing its capabilities, Vox explained that “Chorus is a platform focused on telling stories in formats designed for humans — not robots, templates, or databases.” Vox is able to command better ad rates with great content that humans want to engage with.

Or look at Gawker, which boasts 47 million monthly U.S. readers across its properties. It created Kinja, its own publishing platform that aims to bring content creators and the readers who love them closer together. The end goal is better content discovery and conversation.

Finally, you check out what Buzzfeed’s done with its proprietary CMS. Most recently it added a mobile preview feature so that writers can see what their readers are most likely to see in the discover process before they click publish. That’s a key upgrade to its CMS, which appears to smartly be a work in progress between product, editorial, and advertising together.

Yet most publishers don’t have the resources to build a CMS from scratch and certainly don’t have the luxury of time. When more accessible CMSs such as WordPress were created, user experience was desktop-first, monetization was relegated to a banner ad, and the only place readers were sharing content was on Friendster. Today, every publisher should have the same tools to succeed in a mobile world as Vox does with Chorus.

It’s time to reinvent the CMS to make this possible.

We all agree that readers expect a better user experience on mobile. Flipboard and native apps train them to consume content left to right, while the New York Times trains them to expect rich, magazine-like experiences with Snow Fall, its interactive reporting beta test that it has used for stories such as Invisible Child, which was widely shared in December.

Building these types of experiences across a number of screens as opposed to just the desktop requires a rethinking of “themeing” in the CMS. The goal of responsive design (aka: publish once and go anywhere) is a great start, but we need to take the next step. The CMS needs to be WYSIWYG and component-based so any publisher can deliver a rich, touch-enabled experience for every screen.

With richer experiences on mobile, monetization will go native and live within the CMS. Historically, most CMSs had monetization relegated to the right rail of the page. In a mobile world, monetization is shifting to in-stream experiences that live symbiotically with the content. A number of companies have created bridge solutions that force “native advertising” to live with the content. The long-term solution is to make the CMS the place where native advertising is created and trafficked in sync with a publisher’s existing ad server such as DoubleClick for Publishers (DFP).

For native ads to be successful, though, personal relevance must prevail. Readers have different tastes and expectations when coming to a given site. The feed no longer must be chronological, but rather personalized to show content directed at one’s interests. A CMS should have the core ability to take an individual user experience and personalize it. Think about what Yahoo is trying to do with personalization and make that available to any publisher in the world. It’s powerful and provides a vastly superior reading experience.

Users not only want relevance but they want easy distribution capabilities. Most major CMSs were built in a world where a reader functioned in a vacuum of sorts. They would read the content, possibly leave a comment, and move on. Today, the CMS for a mobile world needs to offer seamless sharing, social authentication, and community. Tumblr is a great model for this as readers could follow their favorite publications from a common dashboard and easily share content back out to their network.

We’ve also seen Medium take off, mostly due to its ease of use for creating content. It is lightweight, focused on writing, and easy to use. Ask most writers and they’ll tell you that they never “write” the article in the CMS. Writing in a CMS is often surrounded by features made for a power user and much more unwieldy than, say, a text editor. The CMSs of today don’t work well at all on mobile. Yet writers should be able to author content from a phone with the same simplicity with which they compose a tweet … maybe even from the same interface.

This reinvention will happen. Publishing has changed drastically with the shift to mobile, and reinventing the software that goes with it will happen as well.

Jason L. Baptiste is the CMO and cofounder of Onswipe, an all-in-one publishing and monetization platform for the mobile web. In 2011, Jason was named to Forbes 30 Under 30, Businessweek’s Top 25 Under 25 entrepreneurs, INC. Magazine’s 30 Under 30, and the CEO of one of TIME Inc’s 10 Best Startups. Jason is currently a professional author of the book “The Ultralight Startup” published by Penguin Books. He also starred in Bloomberg’s TV Show “Techstars” that chronicled the first six months of Onswipe’s history in the Techstars program. In his spare time, Jason is an avid runner, blogger, and advisor to other startups such as Ambassador.