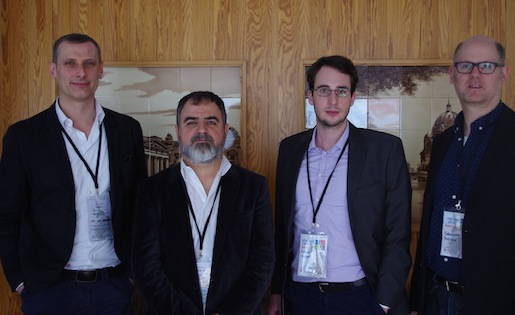 How will the incubator model continue? The past years in Berlin have not been very encouraging, especially since Xing Founder Lars Hinrichs’ decision to end his incubator HackFwd.

Masoud Kamali und Alexander Kölpin, the founders of the VC firm WestTech Ventures, which launched in 2013, still believe in the incubator concept — and now they have started their own, called Project Flying Elephant, a deep tech incubator.

“Everyone says that it is not possible to start a worldwide software company in Germany,” says WestTech CEO Kamali. “We want to make the elephant fly.”

The program is focused on IT and software teams that will consist mostly of developers. The deep tech focus would create projects in fields such as infrastructure, software as a service offerings, B2B software, or even the development of completely new software frameworks. For Kamali, it is important that the startups have a “European vision and a European background.”

The incubator would like to take five to eight teams each year in which they would invest €25,000 to €50,000. WestTech would then take between 5 percent to 10 percent of the shares. The startups should be in the incubator for around three to six months.

Why should Flying Elephant work when HackFwd failed? Masoud Kamali believes that Hinrichs set overly ambitious goals for his program.

“The problem was that Lars Hinrichs believed that he could build ten companies at a time,” Kamali said.

For Kamali, it is not about being “100 percent successful. I want to inspire reflection.” He also points to the comparatively low percentage of shares that Flying Elephant will take from its startups – HackFwd took 27 percent.

“Techies are wired differently from the typical founders from EBS and WHU,” he said. “There is no one-size-fits-all solution.”