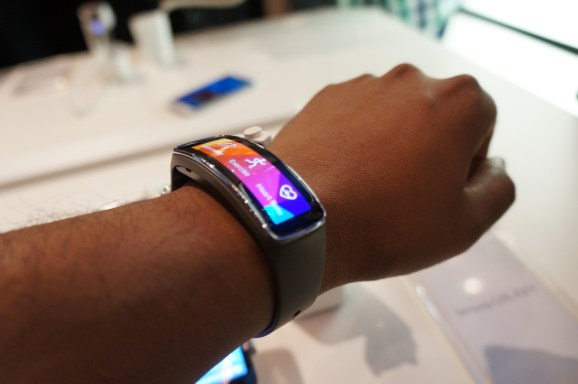 Get to know the name “graphene,” as it’s primed to be one of the most important materials for the technology industry over the next few years.

The ultra-thin material is around 200 times stronger than steel — and most importantly, it’s flexible, unlike the fragile silicon we rely on today. Graphene can replace silicon in things like circuit boards and processors. The big downside? It’s incredibly expensive and difficult to produce.

But a group of researchers from Samsung, one of many big technology companies exploring ways to develop and use graphene, may have found a way to make the material more accessible, according to a paper published by Science today.

The researchers say they’ve discovered a new method of creating large portions of graphene in a single wafer layer. Previously, companies have been forced to stack graphene crystals to make large portions of the material, a process that’s both expensive and reduces its electrical conductivity.

The discovery means we may finally have a method of bringing graphene to market that isn’t insanely cost-prohibitive. It would make wearable devices stronger and vastly thinner, and it could also be used as the backbone of flexible. Jawbone likely wouldn’t have had to suspend production of its first Up health band, which ended up failing for many users, if it were made out of flexible graphene.

Of course, the discovery positions Samsung as a potential leader in the graphene market, just as it has been in the LCD and memory markets.

IBM recently showed off a prototype graphene chip, which could eventually replace silicon chips. Apple has reportedly been exploring graphene for solar cell panels built into future gadgets. Among its many other wondrous properties, solar cells made out of graphene could be far more efficient than today’s panels.

Via The Wall Street Journal