Connected devices are on the rise, but there’s one big reason we haven’t yet realized the Internet of things: a failure to communicate.

For all of their network-enabled smarts, our connected gadgets can’t easily talk to each other. Right now, we have Things Connected to the Internet, which is far from a true Internet of things.

Prodea, an eight-year old company with $100 million in funding, believes it has the solution with its Residential OS (ROS), a white-label platform that aims to unite the disjointed world of connected devices. It’s launching today in the U.S. after nabbing several customers over the years in the Middle East, Asia, and Africa.

At its most basic level, the company’s ROS combines several familiar connected home elements: home security, home automation, on-demand entertainment services, and cloud services for the family. Think of ROS as the future brains of your connected home.

But its real charm is in its scalability: Prodea’s platform can work with a wide variety of connected devices, which allows its customers to tweak its platform to suit their needs. The only hardware it sells is a set-top box, which can be used to turn your television into a conduit for on-demand content and alerts from the Prodea platform. 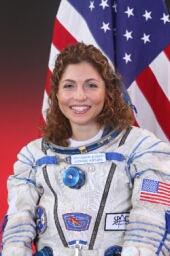 Founded in 2006 by the Ansari family, which previously founded Telecom Technologies (acquired by Sonos in 2000 for $1.2 billion), Prodea was in the works long before the idea of the “Internet of things” seemed within reach. But overreaching seems to be in the company’s DNA: Its cofounder and CEO, Anousheh Ansari, spent 11 days on the International Space Station in 2006, making her the first private female space explorer as well as the first astronaut of Iranian descent.

Ansari tested out Prodea’s technology while in space, using it to remotely control devices back on Earth. That’s something not many other connected home companies can claim.

“We applied carrier-grade thinking to the connected home and came up with a platform you’d see from bigger companies,” Prodea CTO Amir Ansari told VentureBeat in an interview.

Ansari demonstrated how Prodea’s platform can dim lights whenever you start a movie, a process that only required plugging the room’s lamps into a connected plug. He also showed off how the platform can use off-the-shelf connected cameras to recognize you when you get home and send alerts to the rest of your family. Prodea’s set-top box turns your television into a notification center for your entire family.

While Prodea was hard at work at web-based desktop interfaces for connected homes when it launched, Hamid Ansari naturally points to the iPhone as its big inspiration for tackling mobile. “A lot of what Apple has done has simplified consumers’ lives in so many ways, and it showed providers who their real customers are,” he said.

Based in Richardson, Texas (near the former hotbed of telecom activity), Prodea’s $100 million in funding comes directly from the Ansari family and investors including Mubadala (a $55 billion sovereign wealth fund) and “high profile” individuals.

While we’re seeing connected home services launching from companies like AT&T, and a few protocols like Zigbee aim to help connected home devices communicate, Prodea is the first company I’ve seen to offer a white-label platform that works across a wide variety of connected devices. That doesn’t guarantee its success, but it does make Prodea a company worth paying attention to.

“It’s very nice to have a toaster that sends caller ID info,” Amir Ansari quipped. “But at the end of the day, if it doesn’t make good toast, you won’t like it. We wanted a platform — this is no partial implementation. We really feel with our platform, we’re the only one who can deliver the connected home.”