Twitter today launched a complete profile redesign on the Web, featuring a photo-focused layout reminiscent of Facebook and Google+.

This redesign will roll out to all users over the next few weeks, but new users will get the look immediately. The social network announced the news on the Today Show this morning. You can see the new design live on Twitter.com here.

Detailed in Twitter’s official announcement, designer David Bellona shares that the new Web profiles will feature a larger profile photo, a header (cover) photo, and the ability to pin your favorite tweets to the top of your profile. 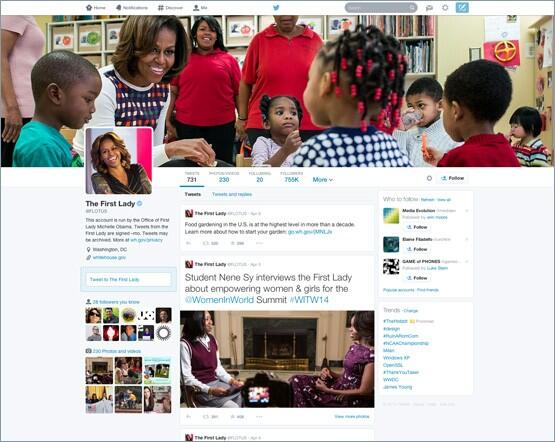 That pinning feature, according to Bellona, lets your followers see “what you’re all about.” It also creates a significantly better profile experience for brands, allowing them to promote themselves more effectively on the network.

As for the new design’s similarities with Facebook and Google+, all three social networks now feature cover photos, overlapping profile photos, and a three-column layout.

Twitter’s decision to roll the design out to new users immediately makes it seem as if the Today Show launch was also a recruiting effort. A familiar-looking profile design should help new users feel more at home.