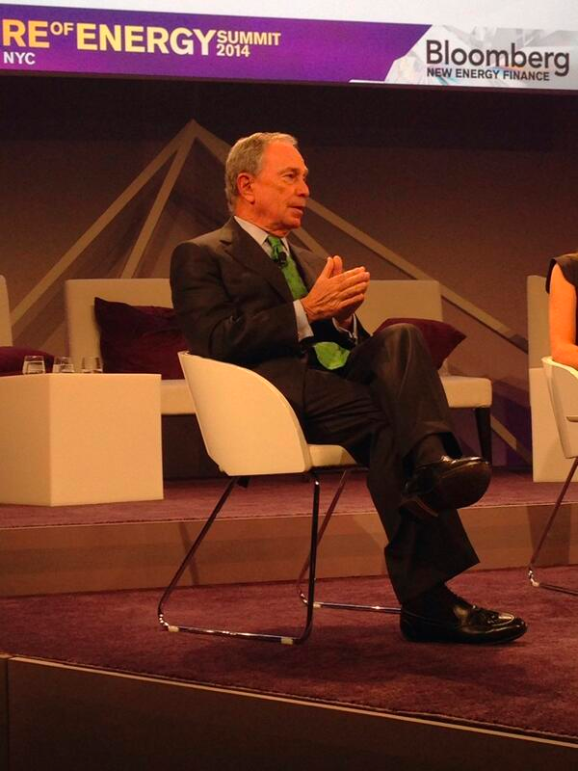 Michael Bloomberg at the Energy Summit

“You’re not going to teach a coal miner to code.”

So said former New York City Mayor Michael Bloomberg on Wednesday at the Bloomberg New Energy Finance Summit, a convocation of executives, investors and policy-makers to discuss the transition to cleaner energy.

His comment was part of a discussion about retraining for displaced workers as coal mines close. Bloomberg, who regards Big Coal as he does the gun and tobacco industries, noted that he gives “a lot of money to the Sierra Club” to battle that industry.

“Ending coal power production is the right thing to do,” he has said, citing the impact on the environment and on public health.

But what to do about the people who lose their jobs?

“[Facebook co-founder and CEO] Mark Zuckerberg says you can teach them to code and everything will be great,” the founder of Bloomberg News said. “I don’t know how to break it to you — but no.”

He suggested subsidies for displaced workers and re-training that was more realistic than expecting they will all become tech entrepreneurs.

The implied dialogue between these two billionaires – Bloomberg and Zuckerberg — points to the big factor hidden in the transition to both clean energy and to a knowledge economy.

In the knowledge economy in which Zuckerberg lives, the best jobs policy is attracting and training the world’s sharpest minds, with the fewest barriers and the most H-1B visas.

In an Op Ed a year ago in the Washington Post, Zuckerberg made his argument for an immigration policy that, in this knowledge economy, attracts “the most talented and hardest-working people, no matter where they were born.”

With other tech leaders, he created a new organization, FWD.us, to advocate “a bipartisan policy agenda to build the knowledge economy.”

But, as Bloomberg said in effect, where does ex-coal miners’ knowledge fit into this knowledge economy?