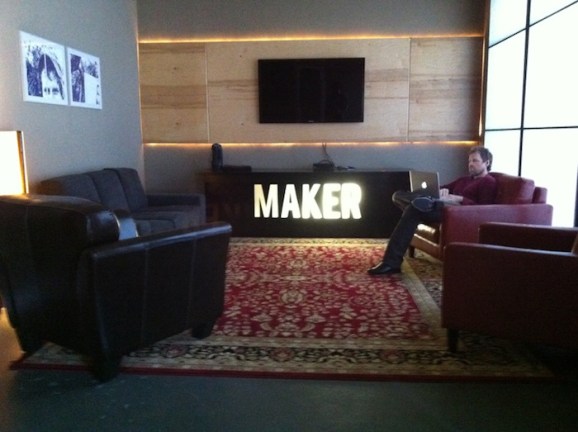 Looks like YouTube network Maker Studios is even hotter than we previously thought — entertainment company Relativity Media just started a bidding war to purchase it.

Although Disney made its own bid a few weeks ago and the Maker board is slated to vote on it this week, Relativity Media has just made an offer for $500 million in stock, plus $400 million in stock if Maker meets certain financial targets, according to a Wall Street Journal report.

Relativity has also reportedly offered an additional $100 million “bonus pool” to “key talent and executives” at the network.

This competing bid from Relativity is not surprising. Networks such as Maker Studios have been successfully signing undiscovered talents and generating more than 5 billion views per month, as in Maker’s case. This could potentially bring in a whole new audience for Relativity (or Disney, if its bid wins).

This deal-to-be is also coming at the heels of Machinima, a network geared towards video games, closing a fresh $18 million round led by Warner Bros. Entertainment last month.

Relativity Media has allegedly not been doing too well, with movies such as Don Jon and 3 Days to Kill underperforming, though the company claims most of its movies are profitable.

Purchasing Maker studios and monetizing it better than the network has been doing on its own –– an ongoing problem for most YouTube channel partners — would be of huge help to the entertainment company.

However, a source close to the Disney-Maker deal does not believe Maker Studios’ board will seriously entertain Relativity’s bid because the companies have a bidding agreement, and this is merely a desperate attempt at spoiling Disney’s, according to the Journal.

Relativity Media was founded in 2004 by film producer Ryan Kavanaugh and with major backing from financial firms. The company’s core business is in film, although it has recently began to expand into television and sports.