HealBe, a St. Petersburg-based startup, has won the hearts of crowdfunders at Indiegogo.com with GoBe, its wearable device for automatic calorie intake measurement.

A campaign that started on March 5 with a fairly unassuming goal of raising $100,000 largely for promotional purposes drew to a close last Tuesday, with $1,084,311 — all of it available to continue the project.

The Russian startup raised $18,000 in the first 24 hours after campaign launch, and reached six times the amount sought some two weeks later. In the end, the GoBe had almost 4,500 devotees who gave anything between $10 and $16,000.

A number of experts voiced skepticism toward the GoBe technology, which changed some crowdfunders’ minds — and forced the startup to issue refunds. Yet the resulting loss accounted for only 3 percent of the total amount raised, and the launch of GoBe sales is slated for this coming June. 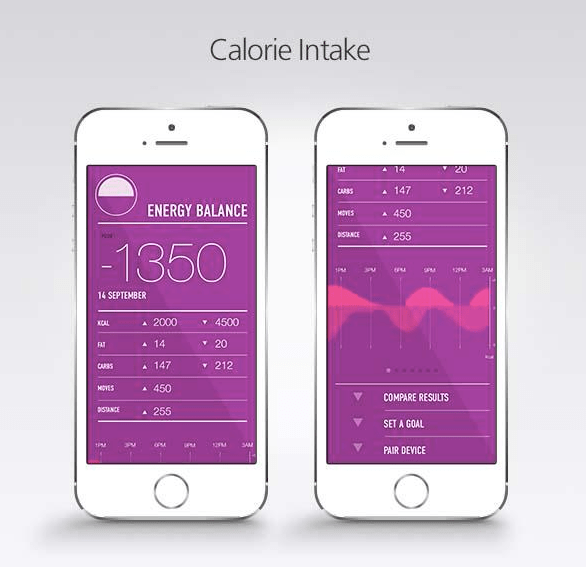 Above: The GoBe wearable device is associated to a mobile app which displays calorie intake measurements.

HealBe claims its bracelet-like solution is “the first and only” wearable device that automatically measures calories consumed and burned by gauging sugar content in the blood; the device is said to require only contact with the skin to “precisely” track physical activity, hydration, sleep, stress levels “and more.”

The state-of-the-art bracelet is based on a noninvasive sugar content rating technology bought from a developer in St. Petersburg, according to the Russian business daily Vedomosti. The product’s sexy exterior comes from Jozeph Forakis, HealBe’s product designer, who once led the design team for Motorola V70.

HealBe’s success appears to be the first such stellar performance by a Russian project on Indiegogo. To date Russians have fared better on Kickstarter.com, another well known crowdfunding service — even though this platform requires that clients have a registered company in the United States or another western country.

The most vivid recent example of a Russian success on Kickstarter may have been “Berserk: War of the Realms,” a tabletop game drawing on fantasy themes. Seeking only $15,000 last year, Hobby World, the Moscow-based game publisher, ended up with $57,325.