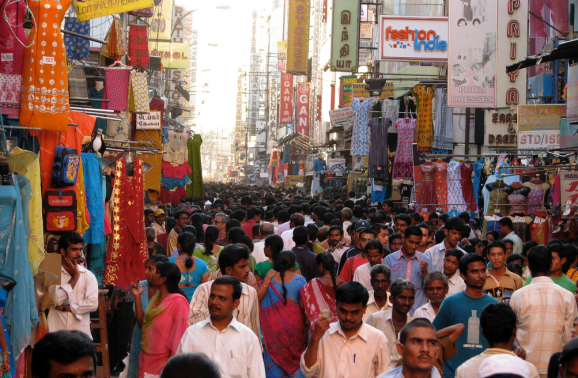 It’s a modern marketer’s dream to view each customer’s every experience with a brand in real time across web, mobile, social, offline channels, and email — and have the capability to communicate, present offers, and manage experiences at precisely the same rate.

That 1-to-1 marketing dream is getting closer and closer to reality.

In fact, this is precisely the promise of customer engagement platform Sitecore’s new “Experience Database,” a unified big data approach to customer information. The company launched the new platform, which will replace its existing customer experience engine soon, today in public beta.

And, it claims, this capability makes it unique among other enterprise vendors such as Adobe, Microsoft, Oracle, and Salesforce.

“I think we are the first,” Sitecore chief strategy officer Darren Guarnaccia told me yesterday. “This really frees up marketers — you no longer have to make the sacrifices you had to make before.”

Marketers who are struggling with the ongoing invasion of technology into their chosen domain could be forgiven for asking how an alphabet-soup suite of technology that includes terms like NoSQL, MongoDB, Azure, and big data frees them up, exactly. It does so by pushing the technology to the background, Guarnaccia says, while taking away constraints of earlier systems.

“Marketers want to be da Vinci, be the artiste,” he told me. “But there will be some people who care … in large enterprises, IT is still at the table.”

Diving into the tech

A quick dive into the technology might be helpful, even for artistes. Previous versions of Sitecore ran on SQL Server, a database for structured data like names, email addresses, and phone numbers. The new version runs the NoSQL database MongoDB, which stores unstructured data. This means that you don’t need to know in advance exactly what kind of data you’ll be collecting: You can collect a lot more data, and different kinds of it, and you can typically access and analyze your data faster.

The example Guarnaccia gives is that of a brewery customer of Sitecore’s that is now testing the software. Previously, the company had created a new craft beer and wanted to reach out to all of its existing customers who had expressed an interest in craft beers with an announcement about the new brew. The beer-maker went back to its email list and found that it hadn’t tagged the data properly, and therefore, it couldn’t segment their list to just message those customers who like craft beers.

The promise of Sitecore’s new system is that the brewery wouldn’t need to have known what it couldn’t know: namely, what the future brings, including which products it might someday release. Instead, with Sitecore’s new technology, data like which pages a customer views or emails the customer has responded to are all saved and stored, and usable for unforeseen purposes when needed. 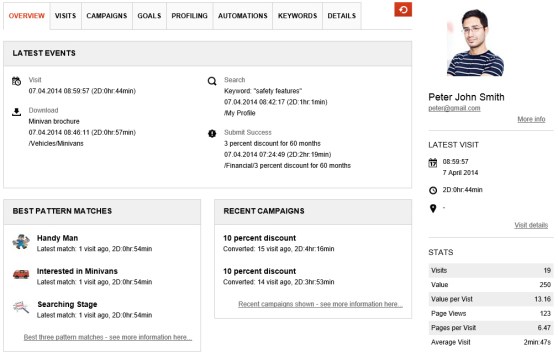 Above: Sitecore’s view of a customer.

“To really own the experience, marketers need to know every customer and need to use that knowledge to shape every brand experience in real-time,” said Michael Seifert, Sitecore’s founder and CEO, said in a statement. “From day one, we have been building out the Sitecore Experience Platform so that every channel interaction, every bit of customer insight, every automation, works together so that marketers can drive a seamless real-time experience for customers. The Sitecore Experience Database removes any limits marketers and IT face when working with previously disconnected data.”

(Note: those are exactly the capabilities and competencies we’ll be talking about at DataBeat 2014 later this month.)

No acquisitions “an advantage”

It’s clear from my conversation with Guarnaccia that Sitecore believes its status as an independent software company with no significant history of acquisitions is a major competitive advantage. Adobe, he says, has “three or four” data architectures to deal with as a result of its acquisitions. Oracle is “in a worse boat,” having done even more acquisitions. The closest competitor, he feels, might be Salesforce’s ExactTarget, but even that company is not there yet. 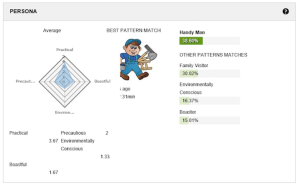 Above: A Sitecore persona

Ingesting major acquisitions is not trivial, and all of Sitecore’s enterprise marketing technology competitors have played that game.

Adobe, of course, is unifying all of its tools via a new common data layer, Core Services, which it says “deeply integrates” all six of the company’s solutions in its marketing cloud. Microsoft senior director Bill Patterson told me the company “lives and breathes convergence,” and he says that while the company has acquired technology, it has done so very, very carefully and integrated all the solutions in its Dynamics CRM, marketing automation, and backoffice suite to make it a single unified system. And all the other vendors, such as IBM, Oracle, and Salesforce, have similar stories.

Some, however, may have different challenges moving to a more modern NoSQL platform.

“It puts database companies like Microsoft a very funny situation,” Guarnaccia says. “It’s hard for them to go down this road because they start cannibalizing their own products.”

In other words, a Microsoft, Oracle, or IBM that has significant heritage in traditional SQL databases might find it harder to build and support products which move customers off of those systems. That’s an argument of limited value, of course, since both IBM and Oracle have NoSQL products today, and Microsoft is hard at work on projects which marry the benefits of both SQL and NoSQL.

Where Sitecore’s solution really comes alive is in its capability, the company says, to make the marketing-technology experience much more organic.

Guarnaccia describes the capability of being able to explore “experience profiles” — essentially following a customer’s path through their experience with your company — and “surf through the experience of the customer,” including everything they’ve clicked on, filled out, and looked at. And then simply telling Sitecore to find more people who “look like this” or have done the same sorts of things.

Presto: You’ve got a segment. 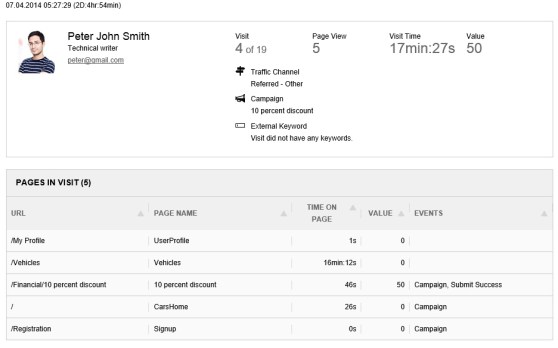 Above: View of a site visit in Sitecore

Then, Guarnaccia says, you simply tell the software that you want to present this or that offer to people who fit that profile. That’s targeting, and it’s available immediately, without the need to manage, set up, or update a static campaign.

For example, in the case of the craft brewery, if the company says that there need to be three indicators in what a customer says, does, or otherwise indicates to trigger an “interested in craft beers” offer, the second that third interaction happens, the offer is presented,  today, tomorrow, or a year from now.

That’s powerful capability, and it’s something that big corporations are certainly going to want, if the price is right. I asked Guarnaccia what the new Sitecore engine’s price would be, and he simply replied that “pricing will be based on the number of customer records that a customer’s database holds. There will be several bands, based on increasing volume.”

Moving beyond earned and owned media 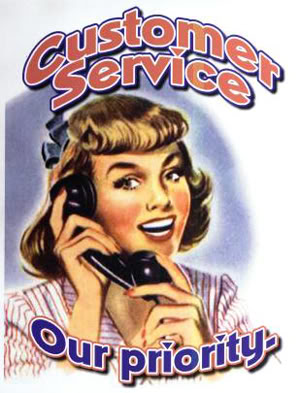 With such powerful technologies, however, I can see that it might be frustrating for brands to only be able to apply them to customer’s interactions with its own sites, its own email marketing, its own mobile apps, and its own social outposts. A world of other engagement opportunities are out on the Web, in millions of apps, and in the major social networks that could vastly improve the capability of brands to engage their existing customers wherever they happen to be, and not just when they visit the brand’s owned media.

But it sounds like ad solutions are coming shortly.

“We have plans through the rest of this year to bring this same capability to both social media advertising, and then to the broader advertising world right after that,” Guarnaccia told me via email after our initial interview. “We’re also working on ways to actually federate someone’s experiences anywhere and everywhere. That’s also something we’ll be bringing to market this year. Stay tuned for more over the next few quarters.”

Sitecore will have to introduce those capabilities carefully. While it is the marketer’s dream to know everything worth knowing about his or her customers and prospects, it’s the privacy advocate’s nightmare.

Finding the right middle ground that customers are comfortable with will be key.