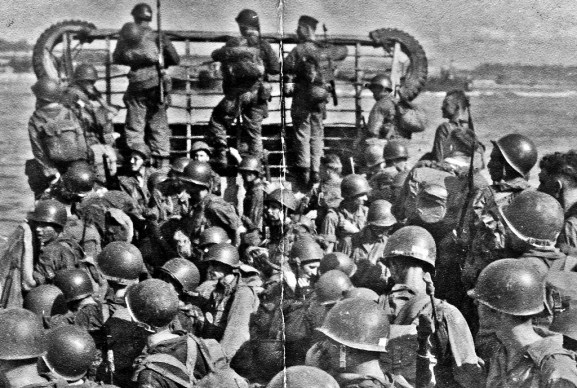 Oh, you lucky dog! When you started the process of raising money you hoped it would go well, but you didn’t really know for sure. The first few fundraising pitches were a little rough, and you had some doubts that things were going to work out as you hoped. Then, finally, you received a commitment from a lead investor.

And then someone else committed to invest.

And then, over a 48 hour period, it started raining money on you — the lemmings were all jumping into your boat!

In fact, there were so many sources of capital, you realized you could not take them all on board.

Okay, so I know that several of the entrepreneurs reading this are wondering if the fantasy described above ever really happens. Actually, it does. While not frequent for most mere mortals, if one is in the venture or entrepreneur business long enough this situation actually does present itself every so often.

If an entrepreneur is lucky enough to be in the position where more money is being made available than they were planning on raising, the first thing he/she should do is pause for a moment and be thankful. While this is not quite as rare as finding a unicorn, it is still a unique feat.

EDITOR’S NOTE: Robert Siegel will be on the Data Disruptors panel at our upcoming DataBeat event, May 19-20 in San Francisco. He’ll be discussing the latest data-focused investments that will influence our future. Tickets are very limited, and shoot up $200 this Friday.You can register here.

But back to the question at hand: If one finds oneself in this scenario, how should somebody handle this? I suggest four things to keep in mind:

1)  Don’t over-optimize: There can be a desire to go back and try to change the terms of the deal with the people who committed first: raise the valuation, negotiate better terms, etc. Very rarely have I seen this work out well.

If you do that, the people who committed first feel as if they are trying to hit a moving target in the deal terms, and also that they are being punished for committing early. The risk is that a deal that was coming together quickly can end up collapsing just as quickly from over-negotiation.

If the major deal terms have been agreed to, it usually works out better to negotiate around the edges, rather than to try and restructure the deal.

2)  Consider taking more money: There is an old saying in venture capital, “Fill your canteen when you are by the river and not when you are thirsty.” If you have the chance to bring in a little more money then you planned, you should consider doing so and either investing to drive growth more quickly, or keeping the cash for a rainy day.

As stated by Mark Leslie and Chuck Holloway from the Stanford University Graduate School of Business, “It always takes longer and costs more…”

The extra dilution that you will suffer will generally be de minimis over time, and the extra cushion can come in handy. In addition, if you have the ability to bring in additional high-quality investors, you will be surrounding yourself with more people who can help you succeed and build your company.

3)  Be honest and forthright: If you agreed to take someone’s money, forcing them out of the deal can come back to bite you in unexpected ways. In your business career, lives are long and the distance to people with whom you’ve worked in the past is short. And so are people’s memories.

You might think that burning a bridge won’t hurt you, but you just never know. In a place like Silicon Valley, where everyone is “in the business,” you have to be careful that the angel or VC who you reneged on doesn’t have a best friend or sibling who happens to be a key player you need at a critical customer account. Why take the risk?

4)  Close it quickly: An entrepreneur should not view all of the funding interest as a reason to spend more time raising additional capital and shopping the deal.

The goal should be to spend the minimum amount of time required to raise a solid round of funding. Too much time spent fundraising takes away from the most important long-term goal: building a big, successful company. The Big X in the equation is not to try and get the absolute highest valuation at any single moment in time.

I hope each entrepreneur who reads this finds himself/herself at some point in the great situation of being offered more money than originally planned. If someday you find yourself there, keep these four ideas in mind as you continue on your journey.

Robert Siegel (@robsiegel) is a General Partner at XSeed Capital, with leadership in strategy definition, operational execution, and international sales and marketing for companies of all sizes. He is currently on the faculty at the Stanford Graduate School of Business where he has led primary research and written cases on Google, Box, AngelList, SurveyMonkey, Zuora, Minted, StubHub, Axel Springer, General Electric and Starbucks (La Boulange), amongst others. He is also Co-President of Stanford Angels & Entrepreneurs, an alumni association that fosters relationships to strengthen the Stanford startup community. Prior to XSeed, Robert served in upper management at GE Security, Pixim (acquired by Sony), Weave Innovations (acquired by Kodak), and Intel.