The deal wasn’t huge from a financial perspective. While the terms of the acquisition weren’t disclosed, XA Secure was bootstrapped and had about 10 engineers, Tim Hall, Hortonworks’ vice president of product management, told VentureBeat.

But the deal could have significant implications. Hortonworks plans to introduce XA Secure’s software — a simple interface for determining who has access to what data and what they can do to it — to the Apache Software Foundation, where it could be available free under an open-source license. And when Hortonworks starts offering commercial support for the feature along with other parts of Hadoop, the company could attract new customers.

And the increased comfort around security this technology would offer could make big data projects more common.

Every day, another few chief executives learn about the advantages of leveraging big data and decide their companies need to do it.

The Hadoop open-source software can handle, process, and analyze all of that data — but it’s still not as trusted as more tested technologies, like data warehouses. So companies that sell distributions of Hadoop — including Intel (which has thrown its weight and money behind Cloudera’s distribution), Pivotal, and MapR —
have been taking steps to make it more secure, with features for auditing, encryption, and authentication.

Today’s acquisition shows that Hortonworks is advancing its Hadoop security strategy more than ever.

Hortonworks cofounder and architect Arun Murthy will speak about the importance of the deal and the broader value of Hadoop for fostering company growth at our DataBeat conference in San Francisco next week.

Hortonworks has steadily been trying to make Hadoop more secure. It has enriched Hadoop with features like SSL encryption for certain parts of the software, for instance. But after YARN — a resource manager for scheduling jobs across servers for Hadoop tools like the Hive SQL-like query engine for asking questions of data and the Pig software for writing high-level scripts for data transformation — shipped as a key element of the Hadoop 2 software last year, Hortonworks customers started asking about simple security administration, Hall said.

Hortonworks employees had come across XA Secure and were impressed with the startup’s team — including its Oracle and VeriSign DNA.

“We weren’t going to build it faster than they already had,” Hall said.

XA Secure launched in January 2013 and was based in Fremont, Calif. The team has joined Hortonworks, which is based in Palo Alto, Calif.

Xa Secure’s cofounder and chief executive, Balaji Ganesan, hit on the idea for the startup while he and cofounder Don Bosco Durai were looking at Hadoop for a different startup idea, he told VentureBeat via email.

We were amazed at the amount of data Hadoop could process, but we struggled a lot trying to secure our own data stored in it. Coming from enterprise security background, we realized that enterprises would have even bigger problems as the platform matures. Can we make life easier for everyone by providing a comprehensive security framework? Can we provide a central place where enterprises can manage security? These questions led to the birth of XASecure. After initial discussions in 2013, Selva joined the founding team and we accelerated the execution of vision into the product that we have today.

In December, XA Secure announced that it had become part of Hortonworks’ technology partner program.

The partnership and the decision to explore Hadoop security now look like smart decisions. 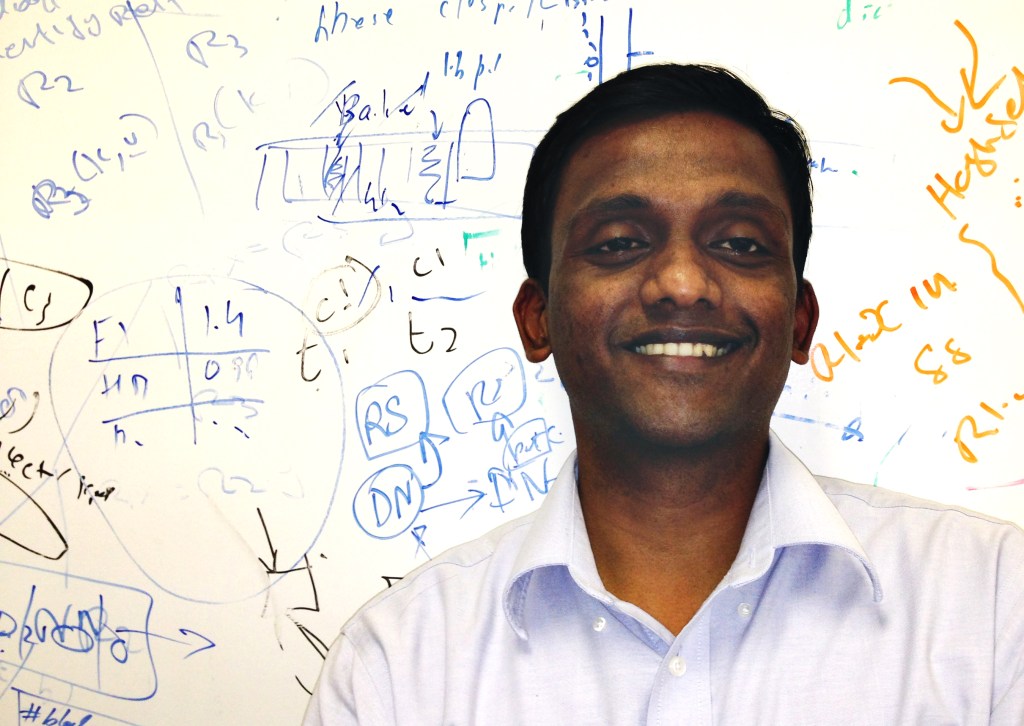 Above: Balaji Ganesan, cofounder and chief executive of XA Secure

And now that Hortonworks is well capitalized — it announced a $100 million venture round in March — the company could be in a position to bolster its portfolio further through future acquisitions.

“I would say we continue to evaluate options for how we accelerate the blueprint for enterprise Hadoop,” Hall said. When everything aligns with Hortonworks’ strategy, he said, “we will absolutely take advantage.”

Then again, it’s possible that competitor Cloudera could buy its way to a much wider product set through acquisitions. It announced a whopping $900 million funding round two months back.