NEW YORK — While AT&T is far from the heady, innovative days of Bell Labs in its prime, the telecom giant is still trying to keep that spirit alive.

Today, at a small press gathering hosted at AT&T’s massive and windowless skyscraper in the Tribeca neighborhood (the company’s former Long Lines Building), AT&T executives and researchers showed off several of the projects under development at its five Foundry innovation centers.

Just like Verizon’s innovation centers, AT&T is positioning its Foundry skunkworks as places for developers to test their products on its network as well as for its researchers to develop some potentially groundbreaking solutions.

Marian Croak, AT&T’s senior vice president of applications and services infrastructure, kicked off the event by pointing out mobile traffic going through the company’s network has exploded more than 50,000 percent over the last six years. The company has also invested more than $119 billion in its network over that time (of course, the iPhone launch bringing AT&T’s wireless service to its knees was likely a good wakeup call).

Below, check out a few of the more intriguing projects AT&T showed off today. 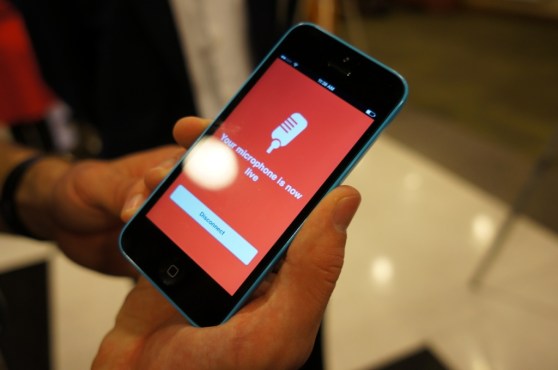 Taking the notion of the conference app a step further, SmartMic enables conference-goers to use their smartphones as remote microphones.

With this app, you virtually raise your hand when a conference panel opens up for audience questions — instead of shouting over the crowd, or waiting for someone to deliver a mic to you, you can just speak into your phone as it pipes your voice through the stage speakers.

With EyeDecrypt, document encryption meets augmented reality. You use the tech to view encrypted text, either on physical paper or on a screen, through your smartphone’s camera. I’m not sure how practical this is for widespread use, but the demo above does evoke James Bond gadgetry. 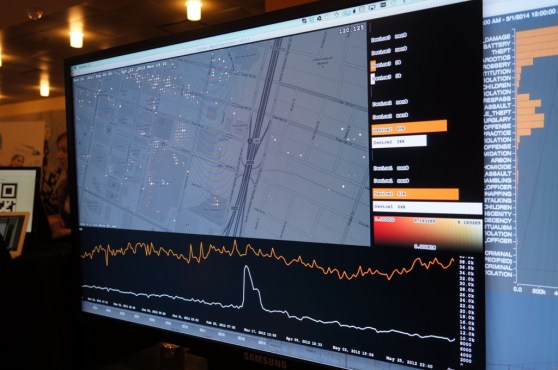 No, this isn’t about tiny building blocks. Nanocubes offer a way to visualize and disassemble large sets of data.

From the Nanocubes site:

Nanocubes are a fast datastructure for in-memory data cubes developed at the Information Visualization department at AT&T Labs – Research. Nanocubes can be used to explore datasets with billions of elements at interactive rates in a web browser, and in some cases it uses sufficiently little memory that you can run a Nanocube in a modern-day laptop

You know companies are already recording your conversations with customer service — but what if they could automatically gather data from your calls? AT&T’s voice-call analytics software can figure out the issues customers are calling about and how a support representative responds, and it can even determine the overall tone of the conversation. For example, did the customer start out calm and get angry? Or did they start out frustrated and ended up satisfied by a support rep? 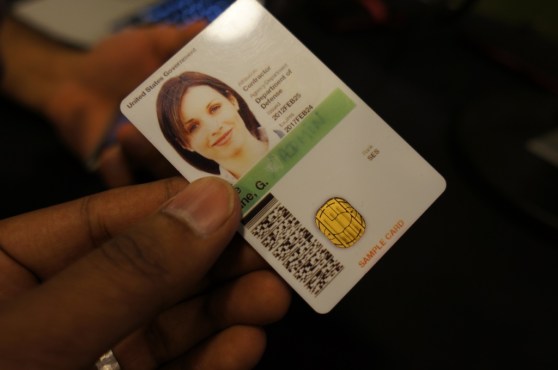 Above: A security card with a SIM card embedded.

What if you could dump your work security card and just authenticate with your cellphone? AT&T researchers are developing an authentication method that uses newer secure SIM cards (the same used by mobile wallets like Isis) to unlock data, and potentially even doors. This could potentially be very useful for work devices, but AT&T’s researchers also think it would be perfect for consumers who want to use their personal smartphone at work. (Let’s see how many security-focused companies agree.)