“He realized he had a lot to learn by being an American in Germany.”

Nude swimming. Socks and sandals in public. Cheaper than London. Great nightlife. And a thriving tech startup scene. Berlin is the place. And a growing number of tech recruiters, like Hurtig’s firm Parker Remick, want to help you move there.

“The Germans are looking for leaders working for large-scale U.S. tech firms, typically companies that have 10 million or more users,” Hurtig says. “They want tech leaders who have experience in scaling, with products like mobile, apps, and websites.”

Over the last year, Hurtig has placed eight American executives at firms in Berlin and is busy trolling the Valley for more. Convincing Yanks to take jobs in the city standing at the crossroads of Western and Eastern Europe has been, ultimately, an easy sell.

“There’s a broad collection of people heading to Berlin. Not by the boatload, but it’s a discernable trend,” he says.

Berlin is Germany’s newish capital, moving there from Bonn after reunification with Eastern Germany in 1990. The Berlin government has wasted little time -tax breaks for example- attracting startups from throughout the rest of the country and, because of its hipness and affordability, from the rest of Western Europe.

A recent study by Berlin’s Senate Department for Economics, Technology and Research showed that Berlin’s big IT operators and startups pulled in over $10 billion last year. Currently, there are over 500 startups situated in the city.

Hurtig’s search firm, which specializes in software-centric clients, is not the only company looking to snare talent from the Valley. EarlyBird Venture Capital, also headquartered  in bustling Berlin, is hiring talented and connected American venture capitalists. 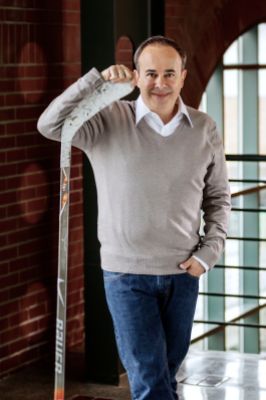 But be beware. Hurtig says the Germans, being Germans, are extremely particular about the American talent they’re seeking.

“They’re looking for Silicon Valley DNA. Ebay. PayPal. Amazon. Someone who gets the U.S. style with product and tech development,” Hurtig says.

“Someone who’s worked at that scale. They have a perception that a person with higher standards is going to be the right choice for them.”

What the German’s don’t want, he says, is the stereotypical American who has an answer for everything.

And Berlin is young. Fifty percent of its 3.5 million inhabitants are under 45.

Some of Europe’s biggest IT outfits are now headquartered in Berlin. And they’re hiring. Soundcloud, gamer Wooga, and Zalando, Europe’s biggest ecommerce group, call Berlin home. So do VC firms and incubators like Rocket Internet, which bills itself as the largest incubator in the world, and Team Europe.

The desire for American expertise contrasts with the sheer volume of talent available in Berlin, Hurtig says.

“The Germans are doing amazing things. They don’t even need the talent to be honest.”

Berlin is truly multicultural. And for many Americans growing up within diverse populations, Berlin is comfortable.

So, who, really, are the German IT companies looking for?

Hurtig laughed. And then joked.