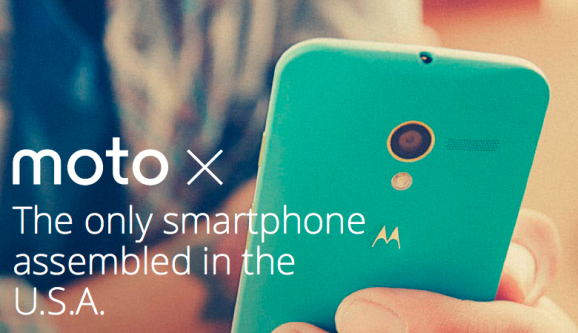 When Lenovo takes possession of its new Motorola Mobility purchase later this year, the list of acquisitions will have one less item: the Moto X factory in Fort Worth, Tex.

On Friday, Motorola Mobility, which is still under Google’s ownership, announced that the factory will shut down by year’s end.

It’s a sudden end for a facility that opened just a year ago. While some might suggest this is a further nail in the coffin of the idea that U.S. factories can be economical, the shutdown could be more specifically about the device made there.

About 700 workers assembled custom-configured, high-end Moto X smartphones for sale in the U.S. “Make your own,” Motorola advertised.

Only about 900,000 were sold worldwide in the Q1, according to Strategy Analytics, initially at a $600 price and later for $399. Moto X will still be made in China and Brazil.

“[Google’s shutdown] suggests that the experience of offering customized phones [in the U.S.] was a failure,” analyst Avi Greengart of research firm Current Analysis told VentureBeat.

“This plant was unique, designed for rapid customization and shipping within two to three days in the U.S.,” he said. “No one was doing anything like it.”

He added that the “whole business model [for a customized Moto X] in the U.S. is impossible without a U.S. facility.”

“The interesting thing is not that they’re shutting it down,” Greengart told us, “but that they’re not waiting for Lenovo to shut it down.”

“Typically, when you sell a division, you want to keep it as if you’re not selling it,” he said, “in case the sale falls through, so you’re not left with an asset that is unsaleable.”

He pointed out that the factory assembled the parts, while the parts themselves were all made in China. “Lenovo owns its own manufacturing plants,” Greengart noted, so it could cut costs for the Moto X by keeping those costs in-house. “There never really was much doubt that manufacturing arrangements were going to change under Lenovo.”

A Motorola spokesperson, who wouldn’t comment beyond the initial story in the Wall Street Journal, said the company “can confirm their report.”