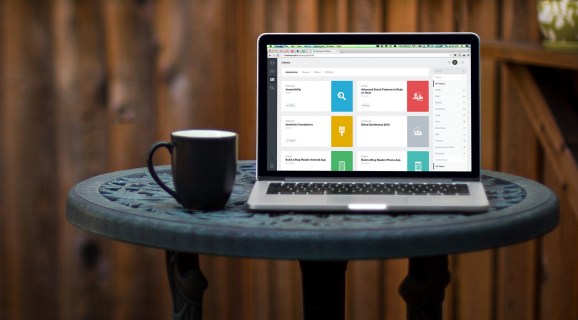 Treehouse thinks teaching folks how to code online is no longer sufficient.

That’s why the company today introduced a new initiative called “code-to-work,” which teaches folks the job skills necessary to navigate the world of software engineering.

The heart of code-to-work is Treehouse’s career resources center, which offers business courses, interview guidance, job boards, and more. So if you learn to code on Treehouse then begin developing your own app, for example, you won’t have to go elsewhere to learn how to write a business plan.

Most online code schools don’t offer job placement help. That’s typically the purview of learn-to-code bootcamps like General Assembly or App Academy, which often cost several thousand dollars for a few months of education, or take a percentage of your future earnings.

Treehouse costs either $25 or $49 a month (basic or premium). And since Treehouse lets you work at your own pace, there’s a strong chance you’re better prepared for the workforce, too.

“We think there’s too much focus on the learn-to-code movement instead of taking people all the way from beginner to job-ready and then placing them in a real job,” Treehouse CEO Ryan Carson wrote in an email to VentureBeat.

Treehouse offers courses in web design, iOS, Android, Ruby on Rails, PHP, and more. It launched in November 2011 and has since accrued $12.6 million in venture capital from backers like Social+Capital and Kaplan. The company says it’s taught more than 162,000 students so far.