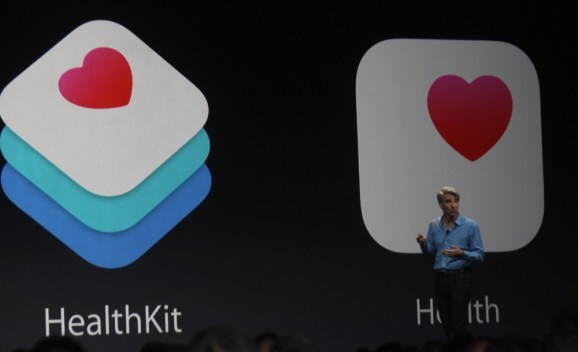 In the wake of an announcement on Apple’s HealthKit health data platform and news of a sensor-laden Apple health wearable coming this fall, many have wondered how the U.S. Food and Drug Administration will regulate the growing ecosystem of health-related apps and devices.

Apple has apparently wondered this, too. The FDA has just released the summary of a meeting on the matter that it had with Apple, in response to a Freedom of Information Act request that website Apple Toolbox submitted.

We’ll never know exactly what was said in that meeting, but the FDA’s summary portrays the delegation from Apple testing the regulatory waters for health devices and apps that use sensors to gather information like blood glucose levels.

At issue was the question of what sorts of health apps and devices would the FDA feel compelled to regulate. This is especially important to Apple, because the sensors that will line the band of Apple’s new wearable will be collecting information that’s far deeper than how many steps the wearer has taken.

Here’s the key exchange between Apple and the FDA during the December 2013 meeting:

The FDA goes on to set some boundaries for Apple around which health devices or apps it would regulate and which it would not.

Apple also told the FDA during the meeting that it approved of the agency’s handling of consumer-health apps and devices so far. The FDA acknowledged that Apple had told Congress that it did not believe the FDA had been too “heavy-handed.”

Interestingly, Apple told the FDA it has a “moral obligation” to do more with health apps and devices. Apple called the FDA’s guidance a “step in the right direction” and said that the industry will “always push the boundaries” with new health technologies.