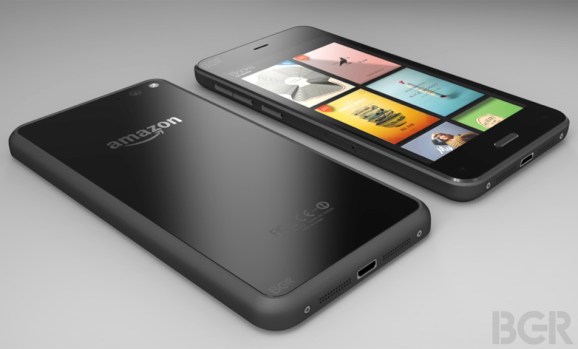 Amazon’s digital ecosystem has a lot going for it — but at this point, that doesn’t really include maps.

Now, with Amazon expected to launch a smartphone later this week, its mapping deficiency could be more glaring than ever.

Mapping and location have become among the highest stakes in the mobile services wars. Apple felt they were important enough to build them themselves after parting ways with Google. The battle over maps was part of what led Nokia to side with Microsoft and Windows Phone versus Android. And Blackberry 10’s lack of a strong integrated mapping feature was a serious strike against the reborn operating system.

We’ll be discussing the importance of mobile location for businesses at MobileBeat 2014 in San Francisco on July 8-9.

How might Amazon deal with its mapping shortcoming? Google Maps seems out of the question — as Amazon’s forking of Android has cut it out of the loop with respect to Google’s suite of apps.

That said, the popular Waze app, which is owned by Google but operates outside of its main Maps development path for now, is available in the Amazon app store, as is MapQuest. Amazon also hasn’t been a big backer of Microsoft’s offerings, either, although the development of the Nokia X has led Microsoft to step up its level of Android app development.

Amazon’s entry into the devices space — the original Kindle e-reader — played well to its original strengths. Its Web site served as a magnet for avid readers eager to snap up the next bestseller or fellow bibliophile’s recommendation (which would eventually serve as an incentive to acquire book GoodReads). And it was also the go-to site for selling many categories of products to millions of people, enabling coss-promotion to visitors ready to plunk down cash.

Amazon was able to leverage these assets to turn Kindle into not only a strong-selling product line in its own right, but to serve as a launchpad for a franchise of products. The next step was the Kindle Fire Android tablet. But while Amazon had all its advantages for those wanting a “color e-reader,” the broader uses of a tablet were things it had to build.

In the years since the launch of the first Kindle Fire, Amazon has made great progress on building the engine as it’s sold the car, adding things like IMDB and Prime streaming video, and its own app store for Android apps.

As for fixing its mapping woes, Amazon could also drive another partnership with an independent mapping tech company or purchase one. Telenav, for example, maker of the Scout mapping app, would no doubt welcome a new partner.

Longer term, Amazon’s interest in drone technology could provide an interesting way to beef up its mapping capabilities, at least in local areas. But the company will need a broader solution in place years before that becomes a viable option.