The address book on your mobile device may someday hold the key to your social life.

That’s the premise of Fuse, a funky little app brought to you by the forward thinking team at Skout, the unusual social platform that has connected, nearly randomly, over 500 million fun seeking individuals in 180 countries.

Fuse’s interface and functionality are clean, the app easy to navigate. The objective with Fuse is give users simple tools to construct their own social network that functions off the address book on their smartphone or tablet. 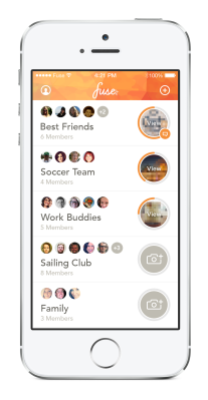 Fuse, in fact, is for people on the go. And, like Snapchat, you can set a “fuse” so that the messages and photos you’ve posted automatically disappear in 3, 5, or 10 minutes. Or burn, as they call it. Forever.

“The countdown,” Wiklund said, “begins after the messages are first opened.”

Fuse users are identified by their cell numbers. No profile photos. Just initials. The social dynamics of Fuse are interesting. For example, you ask members of a Fuse group if you can join, and once in, there’s no defriending. But users who want to leave the group can, by opting out. 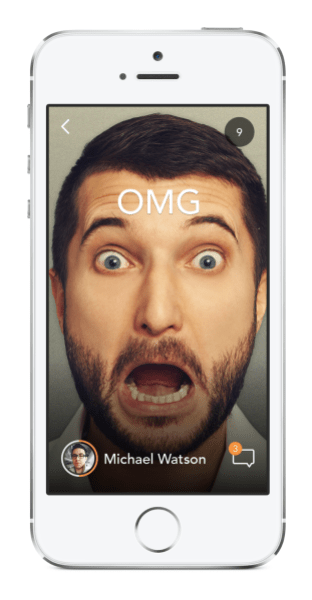 In a press release, Wiklund and Lindstrom highlighted a few of Fuse’s key features:

“Group members receive a notification that a message has been shared in the group. Once the timer expires, the content disappears from view and no one in the group can access or view that content again. When sharing content, users can allow their identity to be shared or can select Ghost Mode for anonymous posting.”

With Skout, founded in 2007, blowing up, Wiklund and Lindstrom, both from Sweden, said Fuse was a natural emanation of their original app “because we couldn’t fit more features on Skout.” Wiklund made it clear that both apps will “definitely be intersected” down the line. Advisable.

In keeping with their Scandanavian roots, the creation of Fuse was a study of profound frugality. The app was beta tested by friends and family. Wiklund and Lindstrom created a team of five designers who came back with the finished app 10 weeks later, give or tweak a few.

“We said ‘hey, are you guys up for a challenge?’ We gave them a lot of autonomy,” Wikland said.

Skout attained profitability seven months ago, according to the Swedish duo, and is adding 1.5 million new users per month. Previously Skout raised $22 million from Andreessen Horowitz. In May, the ambitious entrepreneurs acquired nightlife startup Nixter for an undisclosed sum.

VentureBeat Editor-in-Chief Dylan Tweney covered the Nixter purchase at the time, which you can read about here.

Skout employs 150, with about 75 at their San Francisco HQ and the rest in Santiago, Chile.

Here’s how the company describes itself:

“Skout is the largest global platform for meeting new people and expanding your social circle. The Skout community spans more than 180 countries and is available in 14 different languages. Skout is dedicated to providing a platform through which people can easily and safely connect.”

Fuse is free and available within the iTunes App Store and Google Play store. Hit up the website for details.

As for Wiklund and Lindstrom, they are more than convinced of the appeal of Fuse. Globally. You can create your own domain, use it, discard it, stay, start another. A continual ping from one conversation to the other. And remember, there’s no trash left behind. Fewer worries when you know your messages will self-immolate.

The co-founders are lucky. They rolled the dice and planted their flag in the Valley, and they’re killing it. But the question remains; will Fuse ignite with users?

Wiklund thinks yes. And adrenaline is running high:  “To go from an idea to launch, only a few people can experience something like this in one lifetime,” he said.