Google’s Patrick Brady presented an update to the Open Automotive Alliance it announced in January. 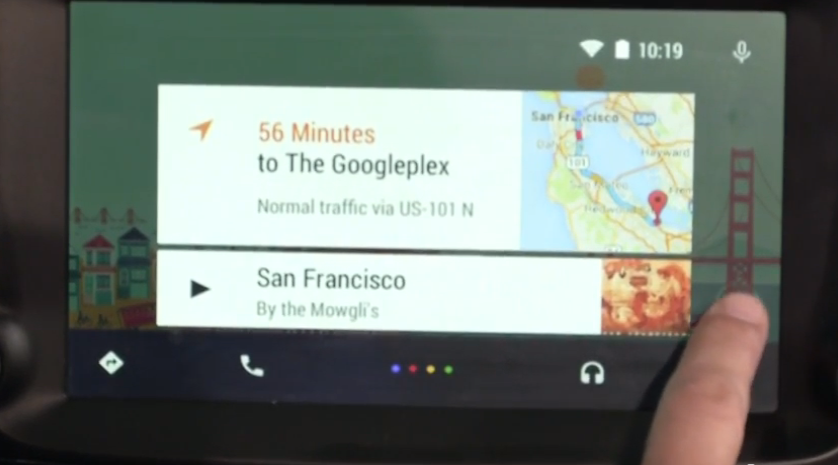 Much as with other car-phone integration systems already on the market, a driver can connect his or her phone to the car, put the phone down, and use the car’s dials and buttons to control the apps running on his phone.

Google is also releasing the Android Auto SDK so developers can make apps for the platform. There are audio functionalities, which will be essential for music apps. There is also messaging support, for apps that let drivers communicate on the road.

The SDK will be released “soon,” and the experience, or user interface, will be made available with Android’s L Preview later this year.

The Open Automotive Alliance has more than 40 partners including Bentley, Honda, Hyundai, Mazda, Kia, and Audi. 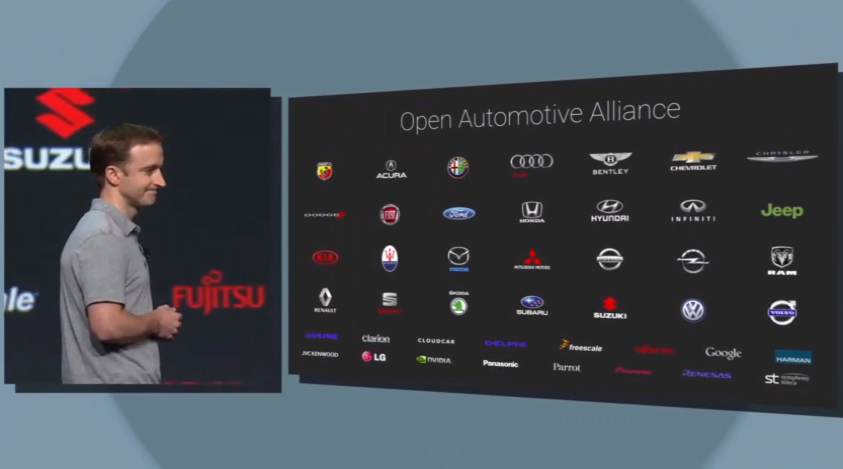 Google Maps for Android Auto will have personalized recommendations, navigation, and other useful voice activated features.