Seattle is known for many things. Coffee, Internet retailers, coffee, aircraft manufacturing, coffee, and a certain rather large software company. Plus, of course, one of the world’s most recognizable skylines, including the 600 foot-high Space Needle, which offers panoramic views of the city.

So perhaps it makes sense that Seattle-based Meshfire offers a “helicopter view” of your social media account — plus a new feature the company is announcing today.

Meshfire is part of a new breed of Twitter management tools.

When you first take a look at the system, you’ll see your interactions, mentions, and suggestions laid out as cards on a dashboard. At first glance, it might remind you of to-do or project-management solutions like Asana or Trello, except that the cards in Meshfire are created automatically from your Twitter accounts.

These suggestions are the product of one of the more interesting features of Meshfire: its “A.I. assistant,” called Ember. This suggests things for you to do — such as “follow this person,” “block this account,” and “engage with this message” — and can assign these tasks across your team to balance the workload. 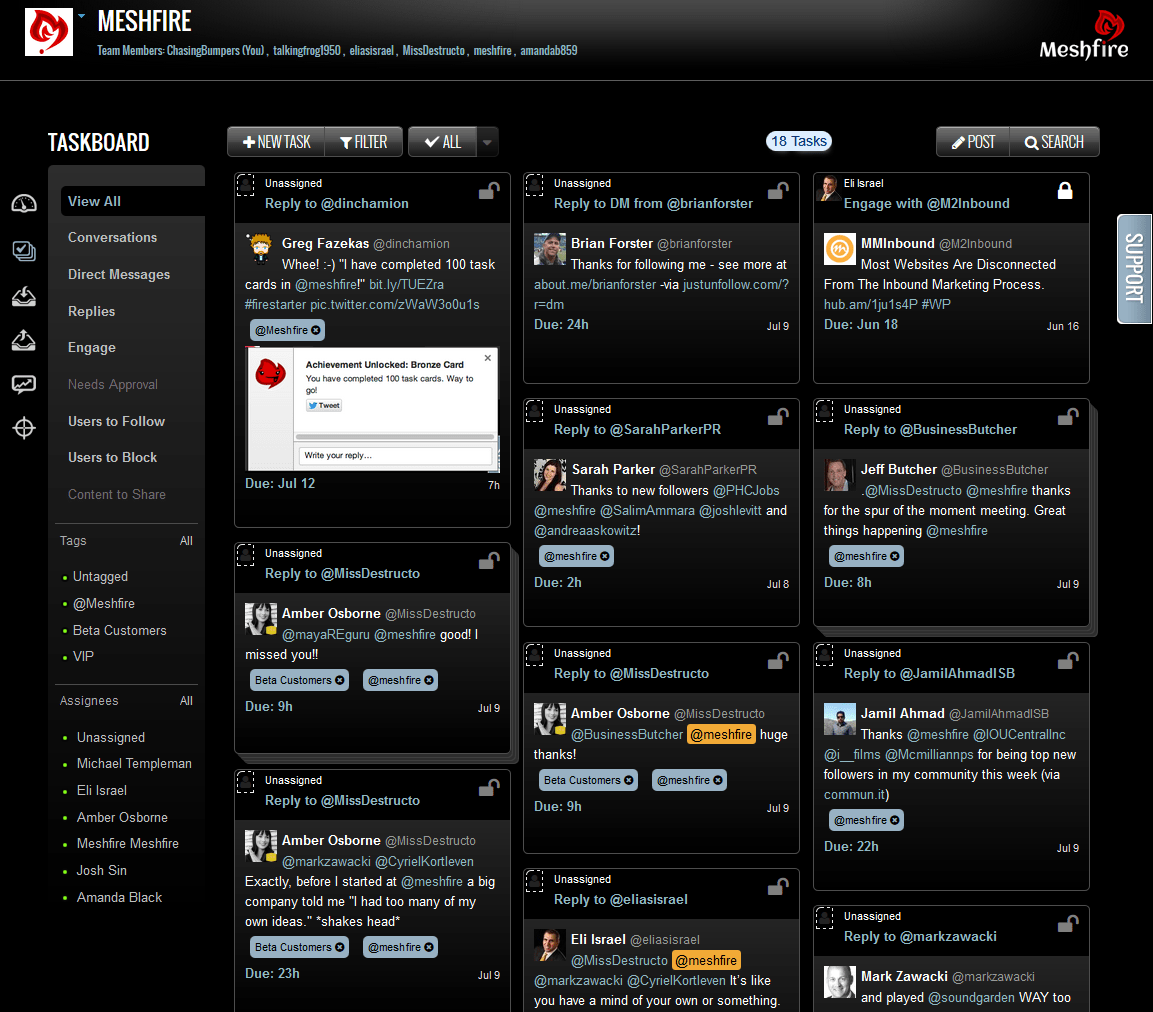 I asked the company’s founder and CEO, Eli Israel, how it works.

We’re studying free-or-cheap marketing automation systems.
Add your voice, and we’ll share the data with you.

“It all came from conversations we were having about the tools that already existed for social media and how professionals were well represented, but for people that aren’t social media experts we noticed that things were lacking,” Israel told me. “TweetDeck, Hootsuite, Sprout Social and more offer great capabilities, but it is impossible — unless you know exactly what you are doing — to work out how to grow an audience, maintain it, and interact with your followers properly through using them.” 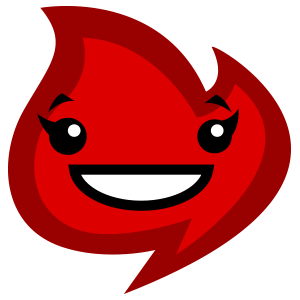 It was after those initial conversations that Eli and his team, including CMO Amber Osborne, began shaping up some ideas for a new social management tool.

In a nutshell, Meshfire enables you to not just get notified of an activity on Twitter, such as when someone mentions you, but it automatically cleans out the noise and teaches you how to get better at interacting with that activity. The interesting part is how it worked out what Ember picks and chooses and how the A.I. teaches you what to do with it.

“Actually, we took hours and hours of video,” Israel says. “We then pulled all of those hours of recordings apart and worked out how she was making decisions on who to follow, who not to, who to block and who to engage with. We turned those human interactions into rules and made Ember.”

That sounds great, of course.

But I wondered: Does Ember really understand how to interact with real people? Is the system only going to be useful when trying to land the “big influencers” of this world (something that other social listening systems excel at), or is Meshfire more nuanced than that?

The answer, according to Israel, is that Meshfire really works to help you find people that are influential enough to help you, but not so ‘Internet famous’ that they won’t engage with you. As he says, the “super-connectors” of this world are great, but they’re not going to help you promote your hotel rooms in Kansas.

In fact, that’s specifically related to what the company is announcing.

Today, Meshfire announced a new feature that vastly expands the data available within the tool. The new analytics shows the user how completion of their task cards leads to increased engagement, who the top engagers are, what their top tweets are, and how many impressions their content received. Those metrics can be printed out and the raw data can be downloaded for use in their own reports. The new analytics features are being included, without charge, for all Meshfire users. 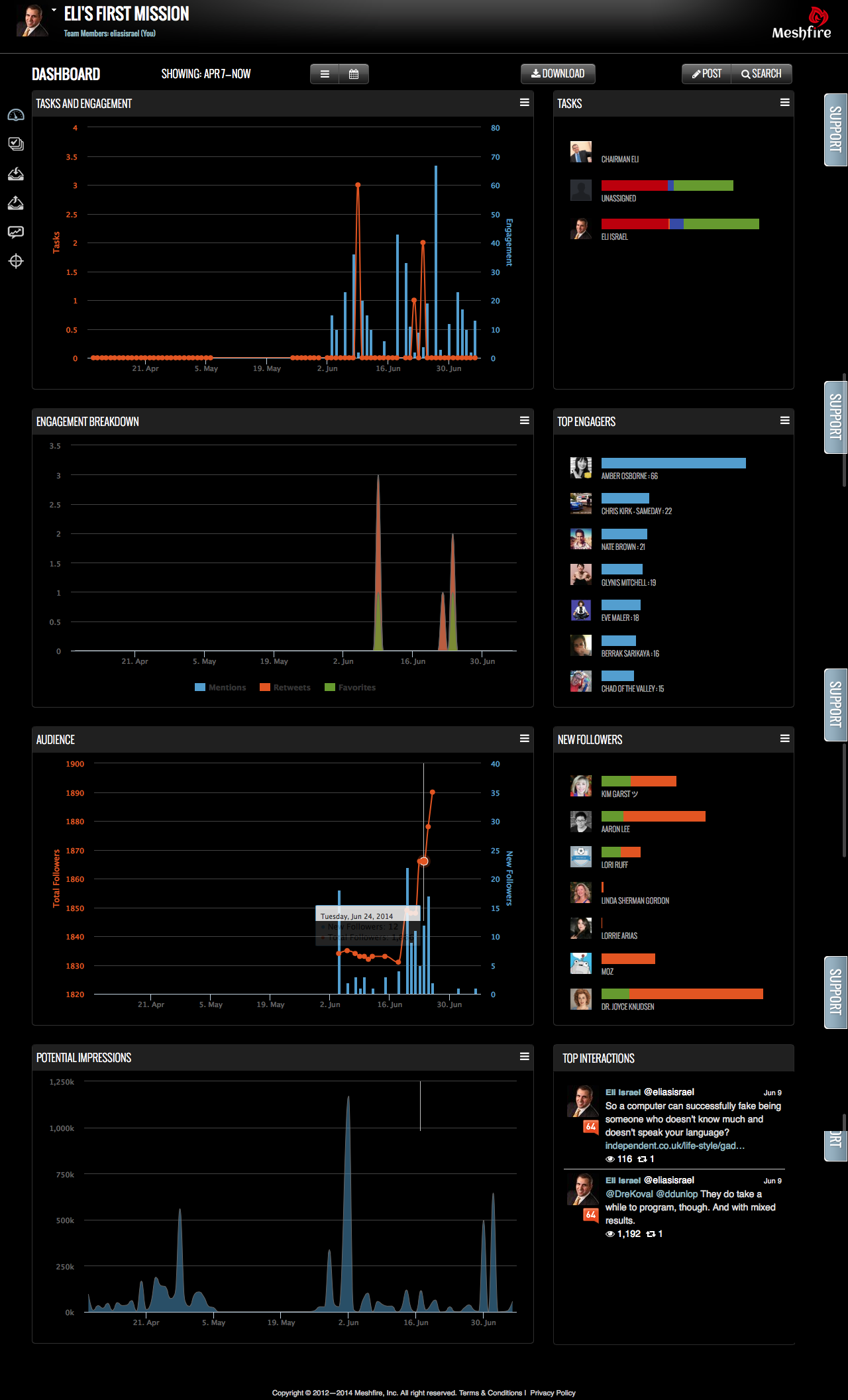 For social media power users, this means that, from one interface, Meshfire users may follow the entire path of a tweet and measure the impact that interaction has on their entire audience. Over time, these new analytics could give the user a real feel for what works, what impacts them negatively, and who their “superfans” are — the people that every company wants to nurture and have in-depth conversations with.

That personal interaction is something that Israel deeply feels is lacking in a lot of “social” media today.

“If we were to start again with social media — a completely clean slate — we’d like to see real human interaction rather than all the automatic output we witness today. It’s funny to say this considering Ember is A.I. and we’ve built a web tool that automates certain processes, but that’s what we’re trying to do with Meshfire: make social ‘human’ again,” he told me.

“We’re seeing, for example, huge political campaigns where, with just a small team of people and Meshfire, you can have individual conversations with citizens to help them understand your policies on a one-to-one basis. With other systems, what we see is ‘broadcast messaging’ that might be pertinent to some people but irrelevant to others. We’re trying to help you build a personal connection to everyone that wants your products or services and allow you to manage that within a small team.”

Having tried Meshfire out for myself, I see a lot that I like in the product. The philosophy behind the solution reminded me of the marketing ethos and ideas put forward by Scott Stratten in his “Unmarketing” books, and it turns out that I wasn’t very wide of the mark.

“A lot of the Meshfire philosophy can be found in those books. When it comes down to it, we like any tools that automate the grunt-work but still allow the individual to talk directly to people”, says Eli.