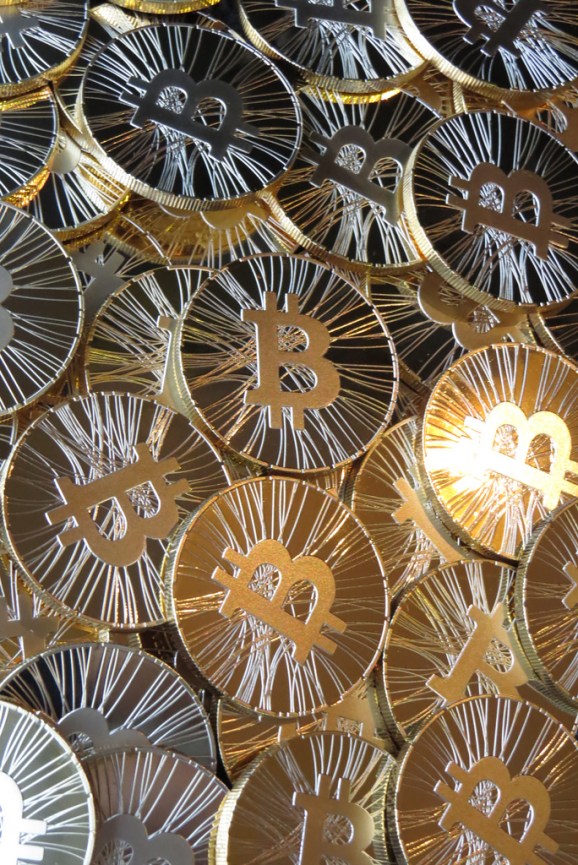 The New York Department of Financial Services has released it’s first draft of Bitcoin regulation in the form of BitLicenses, the agency announced today in a press release.

The regulation will require businesses that buy, sell, or process the cypto-currency on behalf of customers to acquire licenses. The draft builds in a lot of protections for Bitcoin users, but it also takes away some level of anonymity. Lisensees must keep records of who their customers are, where they live, and whether they check out against the U.S. Treasury’s list of bad actors — taking anonymity out the equation.

The potential regulation has serious implications for the way Bitcoin businesses operate.

As it stands now, few laws or regulations specifically address Bitcoin. Businesses like Bitcoin exchanges are subject to state and federal laws concerning money laundering and money transmission. A few states have taken a stance on virtual coins as well. The Department of Banking in Texas says that Bitcoin exchanges and ATMs may have to obtain licenses while California recently legalized Bitcoin in the state.

Some businesses are welcoming the new standards. “In the end, you build your platform to be friendly when regulations come,” says Jaron Lukasiewicz, the founder and CEO of Bitcoin exchange Coinsetter.

Under the newly proposed regulation, companies transmitting, receiving, or storing virtual currency on behalf of customers must get a license. So must those that convert Bitcoin to other currency or buy and sell digital money as a customer business. Mining services, however, would not need to apply for a license, and neither would individuals who use Bitcoin without the help of a third-party service.

“Customers were ordering Bitcoin’s and complained about not receiving them in a timely way and the price had increased significantly in the meantime. That may have guided that requirement,” says Reuben Grinberg, a lawyer who specializes in Bitcoin at Davis, Polk, & Wardell.

In order to prevent money laundering and other financial abuses, the exchanges will have to verify that account holders are real people and make sure they have no prior records of bad activity. Exchanges will also have to monitor accounts for possible fraudulent activity.

While Bitcoin has never been totally anonymous, the capability to make private transactions is important to many in the Bitcoin community.

For the most part Bitcoin entrepreneurs and evangelists have been in favor of anti-money laundering and anti-terrorist financing regulations, says Grinberg. “There might be some push back here, where people say we can successfully deal with these risks by doing something less than identifying every single customer, or having the address of every single party, and we may see that in the comments submitted to the NYDFS within the next two months,” he says.

While Bitcoiners seem to be responding favorably to this preview, many still have a lot of questions about how the department will implement the regulation, says Lukasiewicz. “What will we need to do above segregating customer funds? Capital requirements are big, what will those be?” he asks. He also notes that compliance officers, one of the many stipulations for licensed Bitcoin businesses, can be expensive to hire.

Still, this is the first set rules is pretty comprehensive and will be an important guide for businesses who have been wary about operating in the U.S. “We built this awesome platform and we constantly have to turn people away, because its unclear what is legal and what is not and there’s a limit on what they can do with Bitcoin,” says Lukasiewicz. Right now, Coinsetter’s transactions happen entirely outside the U.S. because it’s concerned about possible penalties.

Internationally treatment of Bitcoin varies. Some countries treat it as a commodity or apply a capital gains tax once a person cashes out their Bitcoin, while others expressly ignore it. “What New York has done is also going to become a model for foreign jurisdictions. They might want to wait and see how it’s worked out in New York and then they may take that into account,” says Grinberg.

Once the draft is published in the New York State Register on July 23, companies will have 45 days to ask for clarifications and amendments. After that, the NYDFS will consider revisions and likely publish the regulation as final. Companies will have another 45 days to submit a formal application and the DFS superintendent will have 90 days to review and approve or deny all complete applications. Superintendents often ask for further information on applications.

It’s a long road ahead to bring Bitcoin under financial regulation, but this is a major first step.