The Cloud Wars are in full force.

With total worldwide mobile traffic having reached more than 1.5 exabytes per month in 2013 and digital data expected to increase 10 fold by 2016, mobile app developers need to figure out a better storage solution. Simultaneously, the global cloud services market is expected to grow at a CAGR (compound annual growth rate) of 17.6% from 2014 to 2020, reaching a market size of $555 billion in 2020.

Every developer and every device generates more data than storage, which is a major problem. Microsoft, Amazon and Apple are all engaged in a battle for the millions of consumers who are looking to keep their content stored safely and securely. 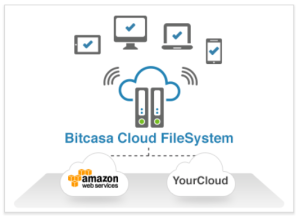 In tandem with its presence at this year’s MobileBeat 2014, Google announced two terabytes of annual online storage to businesses for free. Not to be outdone, Bitcasa recently opened up its technology stack for developers who want to take advantage of the company’s CloudFS APIs. This will allow developers to benefit from Bitcasa’s secure, scalable file system without having to invest time and resources into building their own file system on a public cloud infrastructure.

I met up with Bitcasa’s Ranajit Nevatia, SVP, Marketing and Product Management at this year’s MobileBeat, who told me that more than 7,000 developers have already signed up to take advantage of its pre-built APIs.

Ranajit emphasized that the mantra for any developer should be: Don’t surrender your data or your customers to a third party; take ownership and have more control. That’s where the Bitcasa CloudFS API comes in — it lets you engineer a vendor agnostic, scalable architecture to store petabytes of data with ease. More importantly, developers don’t have to surrender their customers’ data to a third-party brand. They will get full ownership, thus getting more value out of their data. A number of features are included, such as “on the fly” media transcoding, file sharing, and management — all on public cloud storage.

Taptich also announced that Bitcasa customers’ data will be stored in the region of each user. This means customers in Europe, Asia, or South America can rest easier knowing their data is housed on their continent. As a public cloud file storage vendor, Bitcasa is the first major cloud file storage vendor to offer regional-based data storage. This also adds an extra l 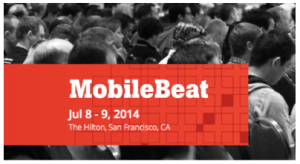 ayer of security while enhancing performance, including reduced data latency.

Former intelligence contractor Edward Snowden’s disclosure of widespread data surveillance undertaken by the U.S. government has sparked intense conversations for customers based outside the country.

Because of Snowden’s recent revelations about NSA surveillance within its borders, Germany has asked the CIA station chief to leave the country. The paranoia in today’s digital download society would make anyone concerned that no amount of encryption can prevent even the U.S. government from identifying the location of your data.

Bitcasa seeks to allay those fears, however, by giving customers a choice in where to house their data. Such regional storage capabilities should certainly offer users and developers more peace of mind. 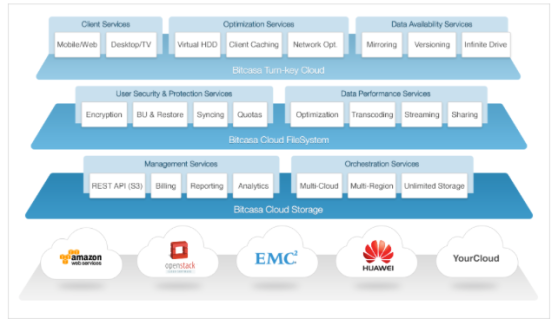 When a user downloads Bitcasa’s software from any of the existing cloud infrastructure, the company will encrypt the user’s data before it leaves the end device, ultimately bypassing the need to do any syncing. Bitcasa is further whetting the appetite of developers by providing a “Turn–key Drive” that gives OEM’s and Telcos the functionality of Bitcasa’s consumer cloud service via their own brand, which will accelerate product time to market.

Bitcasa has come a long way since its launch back in 2011 when it was selected as a finalist at the TechCrunch Disrupt Conference. With more than 40 petabytes under management deployed across 140 countries and millions of devices connecting everyday, Bitcasa’s regionalized storage should make the sending and retrieving of information from the cloud a speedier experience. Addressing the concerns surrounding NSA surveillance surely makes for a good starting point at differentiating itself in the competitive Cloud hosting space.

With many consumers today storing more of their digital life experiences in the Cloud, Ranajit said Bitcasa wants to do things differently than its competitors. The biggest priority remains providing unparalleled privacy with private key encryption, support for large files, unlimited amounts of storage, and regionalized storage and access across all devices from Android, iOS, Windows, and Windows RT to Mac OS X, Linux and the Web.

Byron is a content marketing specialist, blogger, and consultant to businesses looking to expand their visibility via the social web and increase their levels of engagement and sales. His personal blog focuses on the topics of content and social media marketing, including cats. You can find him on Twitter @ByronG.