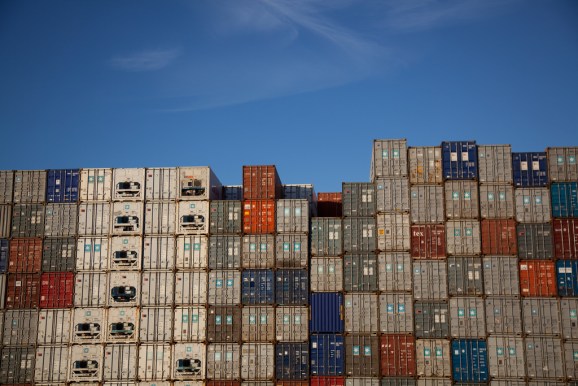 Docker, the startup that made waves last year by sharing with the world a new unit for running developers’ applications, has bought a tiny startup that built a business around the technology, Orchard.

Orchard constructed a cloud service for running applications packaged up inside Docker containers, which can be easily moved from one data center to another with no tinkering. Docker containers are perceived as an alternative to or even the successor of the virtual machine, which VMware popularized at the turn of the century.

Since Docker — which originally was a cloud platform for building and running applications that went by the name dotCloud — released its underlying technology under an open-source license last year, many people have written open-source projects of their own, and some entrepreneurs have even constructed entire startups based on Docker. Orchard was one of them. Others include CoreOS and Drone.io.

Sure, Orchard has brought in some revenue, but the real value of the little Docker startup lies in its increasingly popular open-source Docker-based project called Fig, Docker chief executive Ben Golub told VentureBeat.

“Our primary interest in acquiring Orchard was because of the work that they did on Fig, which is for developer environments — composing and orchestrating applications,” Golub said. And Orchard’s hosting service happened to be well designed, Golub said. Indeed, for months Orchard has been top of mind for the masterminds of San Francisco-based Docker, including Solomon Hykes, Docker’s former chief executive and the founder of dotCloud.

Almost entirely written in Python, Fig can help developers more easily generate environments for building applications. That in turn could result in more familiarity with and usage of Docker containers.

An increasing number of cloud providers understand the appeal of Docker and have been taking steps to make it easier to run Docker containers on their infrastructure. Supporters include Amazon Web Services, Google, IBM, and Microsoft, among others. Red Hat gets it too; it’s incorporated Linux containers like Docker into commercially licensed Red Hat Enterprise Linux.

But the more interesting story today is what could happen to Docker’s ecosystem of startups, which could well get larger.

“If there are 9,000 projects on GitHub [that mention Docker in their titles], there are going to be, you know, lots of Docker-related businesses,” Golub said. “And we think that’s great.”

Some will compete with Docker the company, while some won’t. And that could be the key to figuring out which ones might end up getting bought.

As for Orchard’s two employees, Ben Firshman and Aanand Prasad, they’ll be helping Docker open an office in their native London. And that makes sense given the interest in the Docker open-source project in Berlin, Paris, and other European cities.

“One of the great things about being open-source is you find the best people, wherever they are,” said Golub, who was previously chief executive of open-source company Gluster, which Red Hat bought in 2011.