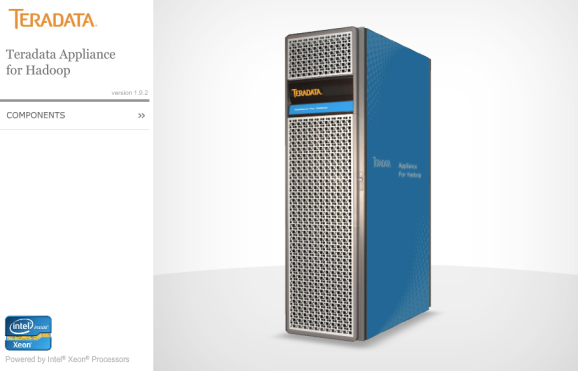 Teradata is not about to let Hadoop and its circle of companies get all the attention and revenue when it comes to big data.

Today it announced the acquisition of two startups that have built tools that make it easier to analyze data sitting in the Hadoop file system, which can store lots of different kinds of data.

Revelytix has made advances in data munging — a burdensome, time-consuming step people must take before using business intelligent tools and other applications. And Hadapt built a tool for running SQL queries on data in Hadoop.

It’s unclear exactly how these will be integrated with Teradata’s hardware for operating data warehouses and its Hadoop boxes. Teradata Labs president Scott Gnau said only in a canned statement that adding the new stuff “enhances the Teradata Unified Data Architecture.”

But it’s not hard to imagine that Teradata wants to make money by selling technology that speeds up analytics with Hadoop. Startups like Tamr and Trifacta have each come up with their own spin on more efficient data transformation, and meanwhile startups like Splice Machine have received funding recently after developing ways to use SQL on Hadoop.

Teradata needs to keep strengthening the appeal of its boxes, and these two deals could help in that endeavor.

Revelytix, which announced a partnership with Teradata last year, was based in Sparks, Md.

Teradata stock was up around 2 percent on the news, trading at more than $43.