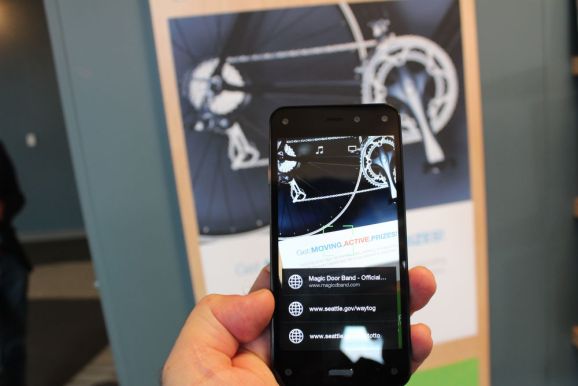 In 1973, Martin Cooper of Motorola used the earliest handset to make the first cell phone call. Since then, the mobile phone has evolved from a portable telephone to a personal digital assistant to a device for consuming nearly anything.

Advancements in mobile technology have changed the type of interactions that phones enable: less human-to-human and more human-to-machine. This is about to change, and I believe the implications for digital consumers and businesses are profound.

Within the last month, two of the world’s leading tech companies, Amazon and Apple, announced new product features that focus on one-on-one human interactions — not digital ones. Amid the hype about new features and bleeding-edge technologies, both Amazon and Apple are returning to the original purpose of the mobile phone: to communicate personally through voice.

Amazon’s Fire Phone: connecting the physical and the digital

Though it has received mixed reviews, Amazon’s new Fire Phone comes with some features that represent transformative opportunities in mobile technology. In addition to “dynamic perspective” and gesture-based navigation, Fire Phone introduces Firefly, a feature that enables your phone to digitally identify and interact with things in the physical world. Point your phone’s camera at a real-life object – like a poster or a magazine ad – then connect with the brand by sending an email, visiting a website or making a phone call. By recognizing and highlighting phone numbers, Firefly is encouraging you to use your phone to actually make calls. What a revolutionary concept!

The Mayday feature on Amazon’s new Fire Phone and Kindle Fire HDX takes this idea of human connection one step further. You’ve probably seen the commercials — the Mayday button connects you with a live advisor, and does so in 15 seconds or less, making it incredibly easy to talk with a human being and get expert help for your tech issue. This advisor can guide you through the device’s features, draw on the device screen, or perform an action for you.

It’s an awesome convergence of technology that unifies the typically disconnected, automated nature of customer support scenarios. Firefly and Mayday represent a return to customer-centered business that serves as an example for other brands.

Last month at Apple’s Worldwide Developers Conference, Apple introduced its new continuity features on the updated Mac operating system, Yosemite, and iOS 8. Like Amazon’s Mayday and Firefly features, Apple has made it easier to jump between the physical and digital worlds. Yosemite includes continuity features that create a more seamless experience across your devices — for instance, you can make a phone call from Safari or receive calls from your Mac.

According to Google, 70% of mobile searchers have used the call button to connect with a business from the search results page. Apple is bringing this capability to desktops and laptops, allowing consumers to hop from online to offline interactions with the click of a button.

Apple’s commitment to support voice conversations across devices reveals a larger trend: consumers don’t want to do everything online — they want the option to pick up the phone and call. BIA/Kelsey projects that by 2018, mobile search will generate 73 billion calls. This is particularly important for brands considering that conversions from local, mobile search happen over the phone 39% more often than they do online, according to a study by comScore, Neustar Localeze and agency 15 Miles.

As this trend continues, consumers will transcend digital channels when making purchases — especially if it’s for something expensive or complex like an insurance plan or a financial product. Brands will face the challenge of creating seamless, omni-channel customer experiences, while also tracking the customer journey, no matter where it leads.

In the end: we need technology to better connect humans, not substitute for them

Amazon and Apple know customers are tiring of the same old, impersonal digital touchpoints, and are clearly moving toward a digital ecosystem that fosters real human connection and makes it more effective. While human-to-machine and machine-to-machine technology may dominate the headlines, we can’t overlook the value of human-to-human connection in our digital world. Reaching customers through personal interactions is once again an imperative for brands — what better way to do it than through the power of voice?

Eric Holmen is the president of Invoca, a company focused on inbound call marketing.