Oyster today launched its Netflix-for-books subscription service on the Web, striking back at Amazon less than a week after the debut of Kindle Unlimited.

According to Oyster, today’s release has been in the works for months; it was apparently not a quick reaction to Amazon’s similar ebook subscription service. 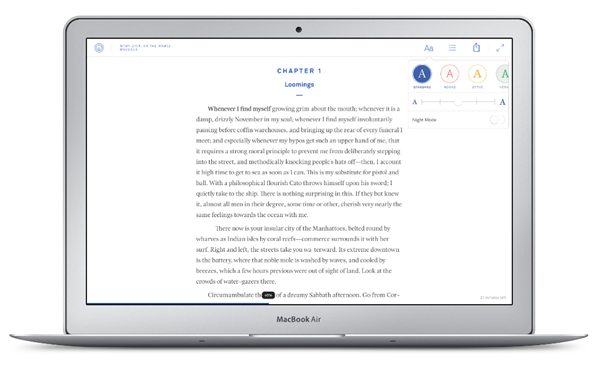 After trying out the service ourselves, we found the Web experience to be aesthetically pleasing, but not optimal when compared to the mobile and tablet experience.

Following the launch of Kindle Unlimited, Oyster chief Eric Stromberg told VentureBeat he wasn’t surprised by the news. “They have pivoted from transactional to subscription-based in other media and have had limited success,” he jabbed. “They really paved the way in ebooks, and it’s exciting to see them embrace the market we created as the future of books.”