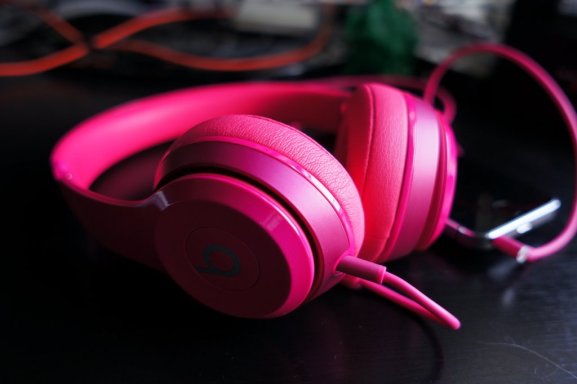 For once, Beats has made a pair of headphones that I can actually recommend.

Beats, which Apple recently acquired for $3.2 billion, is known for expensive and stylish headphones that are heavy on the bass but low on accurate musical detail. Still, this hasn’t stopped the company from kicking off a whole new market for high-end headphones.

But with the Solo 2 ($200), its latest flagship headset, Beats is showing that it’s finally addressing criticisms about its past devices.

And that’s a good thing for Beats, as competition in the high-end headphone market heats up. Samsung just announced its own suite of audio products, which, not surprisingly, include some headsets that look suspiciously like Beats’ devices.

Rapper Dr. Dre and music producer/executive/mastermind Jimmy Iovine cofounded Beats with the idea that consumers needed a better way to listen to their music than crummy iPod headphones. And while they succeeded in delivering something superior to Apple’s iconic white earbuds, their headphones introduced entirely new audio quality problems. Of course, that didn’t stop Beats’ devices from becoming the must-have music accessories over the past few years.

So even before we see what Beats will be able to do under Apple, it’s nice to see the company addressing the most common criticism of its products.

But while they sound better than Beats’ previous headphones, the Solo 2’s still fall victim to something that affects most “luxury” products: You can always find something that’s just as good for far less money. 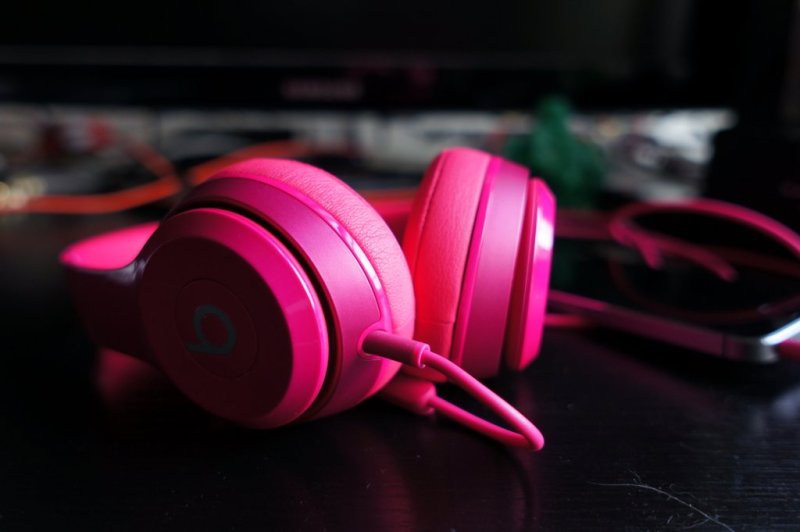 First off, the Beats Solo 2 sound great. They still lean a bit on the bass-heavy end, but unlike the company’s past headphones, they also do a decent job of fleshing out the midrange and high-end. That makes them far more suitable for more harmonically diverse music like jazz or classical rather than just compressed and bass-heavy pop tunes.

I threw just about every musical genre I could at the Solo 2, but being a massive movie fan, my ultimate test for headphones typically ends up being film scores. The Solo 2 tackled Tan Dun’s Crouching Tiger, Hidden Dragon score, Hans Zimmer’s Inception, and Michael Giacchino’s recent Dawn of the Planet of the Apes without any sign of muddying. Past Beats headsets, on the other hand, always left me feeling like I was missing out on the finer details in film scores.

Design-wise, the Solo 2 still resemble Beats’ other iconic headphones. A few tweaks, including a slightly different headband curve, make for a tighter fit than its predecessor. It’s still built mostly out of plastic, but the metal highlights give it slightly more premium feel as well. The headphones also fold up, making them easier to carry in the included case.

Bad: Still not a great value, fit may be too tight for some

Even though Beats has made huge improvements in sound quality, the Solo 2 are still positioned as a designer gadget. You’re basically paying a lot more just to have the Beats logo on a pair of headphones. Competing headphones, especially Sony’s iconic MDR-7506 studio cans, are out there for half the price of the Solo 2 online.

If you’re not concerned with being one of the cool kids, your money would be better spent elsewhere. And unlike the quality criticisms, price isn’t something Beats will likely fix any time soon. The company pulled in $1.2 billion in revenue last year, mostly from headphone sales, according to the Carlyle Group, one of Beats’ investors. Clearly, people buying these headphones don’t mind paying a bit more for less. And now that it’s going to be a part of Apple, Beats will likely hold on tight to its designer status for some time.

The Solo 2’s new fit may not be comfortable for everyone. While they feel fine when I first put them on thanks to its plush cushioning, they usually end up feeling tight and restrictive after 30 minutes of use. I’d recommend trying them on first before committing.

Verdict: A solid Beats upgrade, but shop around

The Solo 2 is everything Beats’s hype and marketing has promised. They’re stylish, and they sound great. Wearing these, you’ll wonder why anyone would want to wear those crummy earbuds that come with their phones.

But it will still cost you a lot more than competing headsets. And if you’re someone who cares more about value rather than designer logos, it’s worth looking hard at the competition before joining the Beats set.