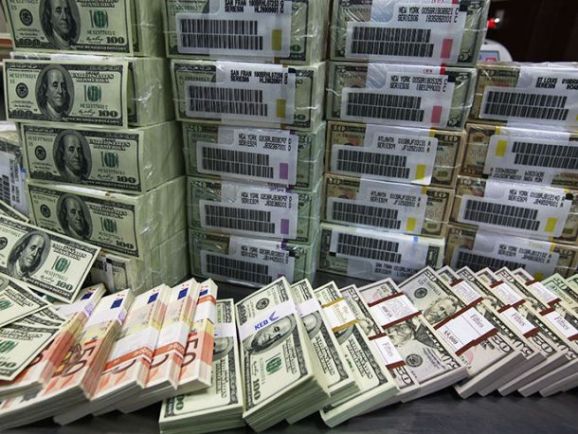 Here’s our roundup of all of the notable funding news of the day:

Flipkart, an online vendor of stuff such as cookware and flat screen TVs, is quickly moving into mobile, not unlike its U.S. lookalike, Amazon. The startup’s latest $1 billion funding is the largest raise to date by an Internet company in India. The money’s earmarked for strategic investments, especially in mobile.

Energy storage startup Green Charge Networks has closed a new $56 million round of funding. The company provides technology that helps commercial and industrial clients save money on energy utility bills. K Road DG led the round.

Marc Lore, the man behind Diapers.com, is itching to get back into e-commerce in a big way. Lore announced today that he has raised $55 million in funding — a first round of funding, mind you — for a new e-commerce company, Jet, which will offer up a new spin on online shopping. Details behind the venture are scarce at this point, though he mentions that it “will empower customers like never before.”

The Redwood City, Calif.-based Proteus Digital Health makes a system that reports to caregivers whether or not a patient has taken their meds as well as a number of other biometric stats. To fuel its beta testing, the company has taken a new $52 million to add to the $120 million it announced in early June. The total $172 million round, which Proteus says comes from a group of “new major institutional investors based in the United States, Europe, and Asia,” is certainly among the largest venture fundings of a digital health startup this year.

ThredUp, a startup that has built an online spin on a consignment store, has just raised $23 million in funding, according to a filing with the U.S. Securities and Exchange Commission. The San Francisco-based company, which sells and buys like-new clothing, intends to raise $25 million for this round, according to the document.

Ever wonder who prevents power plants from getting hacked? Probably not, but there are whole companies devoted to keeping hackers from shutting down the power grid. ThetaRay is one of them, and it just snagged a cool $10 million from investors, including industrial giant General Electric, to grow its U.S. presence.

Paidy, a service launching in Japan soon, announced today that it has raised $3.3 million in funding and wants to offer a new alternative for paying online in a market where credit cards are much less prevalent.

Read more on VentureBeat: Paidy’s service will be a digital credit card for Japanese online shoppers, and it’s $3.3M richer

If an animated GIF and a Vine had a baby, it would a Coub, a new media format that has become popular in Eastern Europe and is looking to creep into American Internet culture. The Russian company behind it, also named Coub, announced today that it has landed $2.5 million as its first round of institutional funding to help it expand into North America.

Read more on VentureBeat: We’ve had memes, GIFs, and Vines. Are Coubs the next pop culture craze?

ZipZap, a startup that provides a global network for monetary transactions, has raised a fresh $1.1 million round of funding. The startup, which has now raised a total of $2.7 million, said it plans to use the additional capital to expand Bitcoin payments on its network.