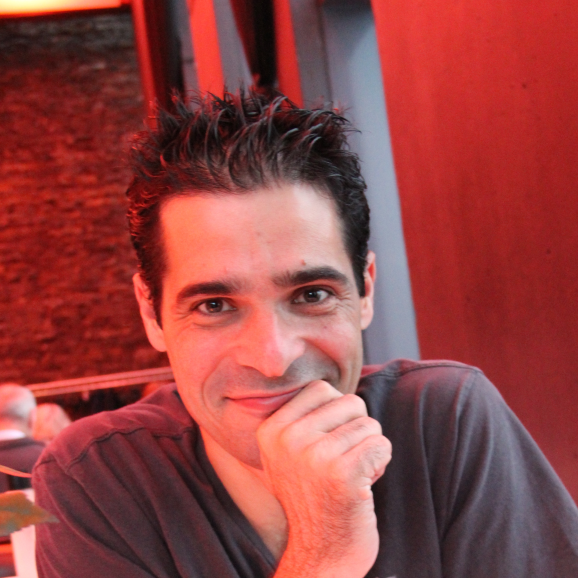 Viber co-founder and chief Talmon Marco is on a roll.

His Viber IM-VoIP platform has grown to 400 million users in less than four years. Known for its killer encryption, it has emerged as the go-to communication platform for tech-savvy users in the Middle East who want to keep conversations private despite government monitoring. Sometimes, it’s a matter of life or death.

Viber may be the greatest IM platform many Americans have never heard of. Its users reside primarily in the Middle East, Europe, and Central and South America. Viber has quickly made a name for itself for its efficiency and ease of use. Marco and his team launched the service in 2010, initially for the iPhone to compete with Skype.

It now is compatible with Android, Blackberry, Windows Phone, Nokia, and Bada. When the service first launched, it had one million downloads in three days. Since then, it has evolved and shifted quickly.

Marco and co-founder Igor Megzinik sold Viber to Japanese e-commerce giant Rakuten in February for $900 million, and with over 200 million active users at the time, questions arose about whether or not they sold too soon, especially given Facebook’s purchase of SMS-centric WhatsApp in February for $19 billion in cash and stock.

Marco is a bit of a mystery. He attended Tel Aviv University, where he studied computer science. That was after he left the Israeli Defense Forces, where he was a spokesperson for Israel’s Central Command. While in the IDF, he boned up on encryption, which forms the backbone of Viber.

Viber currently has research and development facilities in Israel and Belarus. Marco said Viber was initially funded by friends and family and that the company didn’t take a penny of venture funding.

Viber has not escaped controversy. Because of its highly valued encryption standards, the Islamic State of Iraq and Syria (ISIS), a militant Jihadist organization, is apparently using the service to communicate as it butchers its way across what’s left of those two countries.

There have also been whispers on the Arab street that because it was founded in Israel, it was being used to spy on those using it in countries hostile to Israel. Marco says this is untrue.

Marco has remained chief executive and continues to run Viber. As Iranian-supplied Hamas missiles continue raining down on Tel Aviv, and the IDF ground offensive that has claimed 50 Israeli soldiers and over 1,500 Palestinians grinds on, Marco sat down at his desk to answer VentureBeat’s questions via email.

VentureBeat: You launched Viber in 2010 to compete with Skype and instead came up with a unique IM and VoIP platform. Talk about the early days.

Talmon Marco: We launched a mobile communication service: messaging and voice. Messaging was in late-stage development when we launched. Skype was never our main competitor. It still isn’t. The early days were exciting. One million downloads, all organic, in three days. Three million in the first week. Pretty crazy. Our numbers are higher today, but I am still shocked at our initial numbers.

VentureBeat: Viber had over 200 million users when you sold it to Japanese e-commerce firm Rakuten for $900 million in February. When you look at the $19 billion Facebook paid for WhatsApp, which has 500 million users, did you say to yourself, “We sold too soon!”

Marco: We have close to 400 million users. So even better :) It was never about getting the last dollar. We liked the fact that Rakuten had a similar vision to ours as well as the people and corporate culture. That’s about it.

VentureBeat: Many use Viber in dangerous countries where intercepted text messages by governments can mean death or imprisonment, like in Iran, Syria, and Iraq, where it’s hugely popular. Did you intend it to be used so widely in these countries?

Marco: We never had a specific market in mind. We developed a global service. We are happy when people use Viber everywhere. Whether it’s Damascus or London. We believe everyone in the world has a right to communicate. Freely.

VentureBeat: The Jihadists in ISIS are apparently relying on Viber to communicate as they make their way across Iraq and Syria. What’s your take?

Marco: We don’t know who uses Viber and what it is that they use it for. We provide a service that allows people everywhere to communicate. Yes, some people might use technology to do bad things. But we believe the world is a better place when people can communicate.

VentureBeat: You served as a CIO in the IDF and have a background in computer science. How much of what you learned in the Middle East and IDF informed the Viber platform?

VentureBeat: I keep hearing that people love the encryption protocols on Viber and that it’s unsurpassed for IM and VoIP. What is the secret?

Marco: Heavy investment in encryption and security. We spend a considerable amount of time trying to break our own systems.

VentureBeat: After the Japanese bought Viber, you’ve remained CEO. How did you manage that?

Marco: Wasn’t that difficult. I do what I like to do, and I do it with some of the best people I ever met. Why leave?

VentureBeat: Will you ever launch another startup?

VentureBeat: Rockets supplied by Iran to Hamas are raining down on Tel Aviv as I type. Are you safe? What is your mindset these days?

Marco: Personally, I spent the last few weeks in Asia. As for the folks in our Tel Aviv office, all good. We all pray for a lasting peace. Too many people dying a senseless death in Israel, Palestine, Syria, and Iraq.