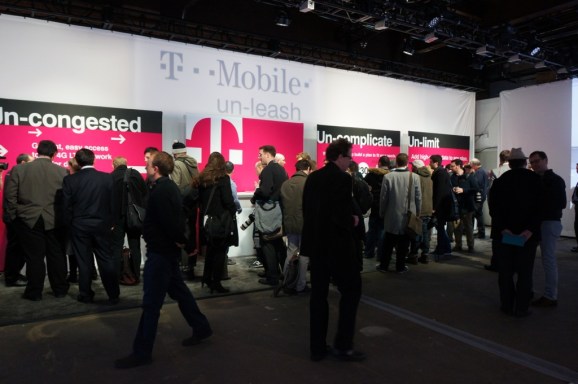 When federal regulators forbid you from partnering with your would-be acquisition target to jointly acquire spectrum, it doesn’t bode well for your ultimate merger goals.

That was the takeaway for Sprint as its parent company Softbank decided to abandon its bid to acquire T-Mobile USA, a move which would have created a wireless carrier with a subscriber base comparable to that of No. 2 carrier Verizon Wireless.

Rather than just a subscriber acquisition play to negotiate handset and infrastructure pricing, the stated goal of the merger was to build a spectrum portfolio. The merged company’s wireless assets would allow Softbank to offer supercharged wireless speeds well beyond what Sprint is seeking to offer with its Sprint Spark flavor of LTE.

In a bit of anti-competitive karma, Sprint — which lobbied exhaustively to halt the consolidation that would have resulted from AT&T acquiring T-Mobile — saw the same concerns about consolidation stymie its bid, even though Sprint is the distant No. 3 carrier and not America’s largest as AT&T was.

As long as the relative size and market share of the big four US carriers remains at today’s levels, T-Mobile will be unable with hitch up with a larger competitor. In signalling that they would oppose the merger, regulators decided that two weaker competitors to AT&T and Verizon were more desirable than creating a triopoly.

While AT&T was most often the target of T-Mobile’s derision, Sprint in many ways has suffered at the hands of its growth under T-Mobile’s Uncarrier campaign. T-Mobile took the mantle of being the industry disruptor, an identity that has also made it attractive to France’s Iliad, who recently put in a $15 billion bid of its own. Of course, no competitor has been immune to T-Mobile’s potshots. As T-Mobile touted its nationwide upgrade from HSPA to LTE, it contrasted its speed with that of Sprint, which has lagged behind its major competitors in providing nationwide LTE access.

Indeed, following the collapse of the merger bid, a top priority for Sprint and its newly installed CEO Marcelo Claure will be migrating its wireless broadband assets from Nextel and Clearwire for Sprint Spark. Sprint positions Spark as a superior implementation of LTE that includes both low-frequency (700/800 MHz) spectrum helpful for indoor coverage and high-frequency (2.5 GHz) spectrum helpful for scale, which amounts to a ground-up recreation of its national network.

Until this is in place, the company will be hard-pressed to fight back against its competitors. However, as it showed recently with the implementation of the Virgin Custom prepaid plan, it still has a few tricks up its sleeve. Indeed, in addition to general concern over consolidation, regulators may have been particularly concerned about the combined strength of Sprint and T-Mobile in prepaid. The combined entity would own the Virgin Mobile, Boost and MetroPCS brands, while T-Mobile itself has blurred the line by eliminating traditional contracts.

As for T-Mobile, which would have been hard-pressed to continue its underdog positioning as a carrier the size of Verizon, abandonment (by suitors) has been very good for the No. 4 carrier. It launched its successful series of Un-carrier marketing programs following the AT&T merger breakup. The program has brought such shifts as the elimination of international roaming, a seven-day free iPhone trail program, and unlimited streaming music. It has already planned the seventh chapter of its Un-carrier story for this summer.

All in all, while Sprint remains the No. 3 carrier for now, the decision to abandon the pursuit of T-Mobile restores both carriers to the momentum they had in the market. T-Mobile still has plenty of momentum, and it may catch up to Sprint if fortunes do not change soon. Sprint’s new CEO will be trying to effect the kind of energizing impact on the Kansas City-based carrier that the AT&T/T-Mobile breakup had on T-Mobile. And as for AT&T and Verizon, they can go back to focusing on each other without a rival of similar scale.