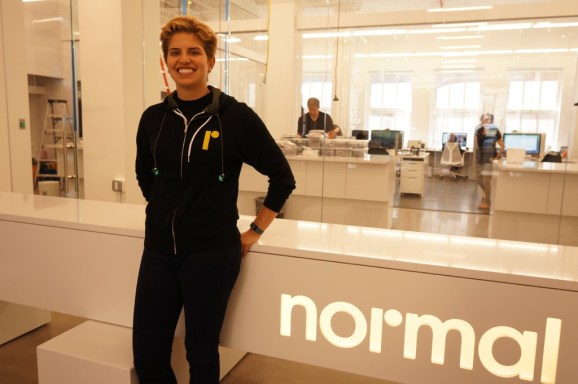 Instead of following the path of every other hip young thing out there, Normal, an NYC company that builds customized headphones, is aiming to do much more with its space. In addition to serving as the company’s home base, it’s also where 3D printers churn out headphone molds and employees put together every headphone unit.

And, starting today, the Chelsea storefront is also where anyone can walk in, take a close look at Normal’s product, and order a pair of custom headphones on the spot. 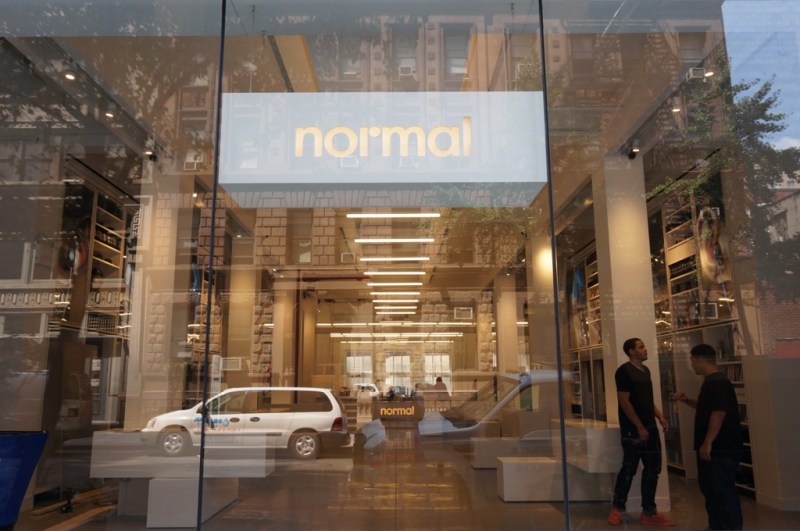 Above: You can see straight through Normal's storefront, all the way to its office staff, from the street.

The company’s big innovation is its ability to create $200, 3D-printed earbuds that are molded for your ears. Normal’s iPhone app can capture the contours of your ears just by taking a few photos while you hold a quarter up to your ear (for a common reference size). Your unique headphone frame is then 3D printed (the company has 10 Stratasys Fortus printers at work in its retail space) and then assembled and tested by a crew of employees.

Normal is the brain child (ear child?) of Nikki Kaufman, one of the founding members of the crowdsourced product firm Quirky. It’s not hard to see Quirky’s DNA in Normal’s product, with 3D printing and customizability playing a crucial role.

Kaufman tells me the retail space will serve as a way to introduce customers to its products, and it will also let Normal be incredibly transparent with its customers. Anyone can walk in and see the Stratasys 3D printers at work, for example. And while they’re beyond the retail portion of the office, you can also see the Normal employees assembling headphones, and the company’s other staff at work in its more traditional office space.

One thing you can’t do at Normal’s retail location — at least at first — is actually try on a pair of its headphones. The company’s focus on creating a truly customized set of earbuds makes that difficult, after all. But Kaufman says that it may offer a way for potential customers to get a sense of what the earbuds will sound like.

Opening up a retail space in its office is one way for Normal to differentiate itself in the crowded NYC startup scene (Warby Parker did something similar in its Soho office before it opened a standalone retail store). It also gives the startup an air of legitimacy that no amount of blog posts or Facebook ads could bring. Even though it was a work in progress when I visited, Normal’s retail space felt more like a high-end electronics store than something from an unproven startup.

Custom earbuds aren’t new — they’re a must for many music professionals — but they typically involve getting a complicated ear mold with an audiologist, and they can easily run you over a thousand dollars. Logitech’s Ultimate Ears Pro line, Normal’s closest competitor, starts at $400, but you’ll still need to deal with the headache of getting a professional ear mold.

I’m still waiting for my pair of Normal’s earbuds to get printed (disclosure: I’m getting them free to review), so I don’t have much to judge the company on yet. But as someone who’s tested plenty of gadgets and seen even more failed products from startups, there’s definitely something intriguing about what Normal is up to. Especially since the company has more than $5 million in funding behind it from investors including Maveron, NEA, Vegas Tech Fund, and others.

The success of Beats’ headphones (and its recent acquisition by Apple) is a clear sign that consumers may finally be ready to pay for good audio quality. Normal is just making the bet that some discerning consumers may be ready to take the next step towards truly personalized audio.