Groupon’s flash sale site received a rebrand today, from “Ideeli” to a slightly shorter “Ideel,” the company announced this morning.

In addition, Ideel is rolling out “ideelist,” a points-based rewards program with Groupon-inspired perks. In an official release, Ideel clarifies that Ideelist follows the standard loyalty program model — users get points when they buy things, and points “can be applied to purchases for a discount.” 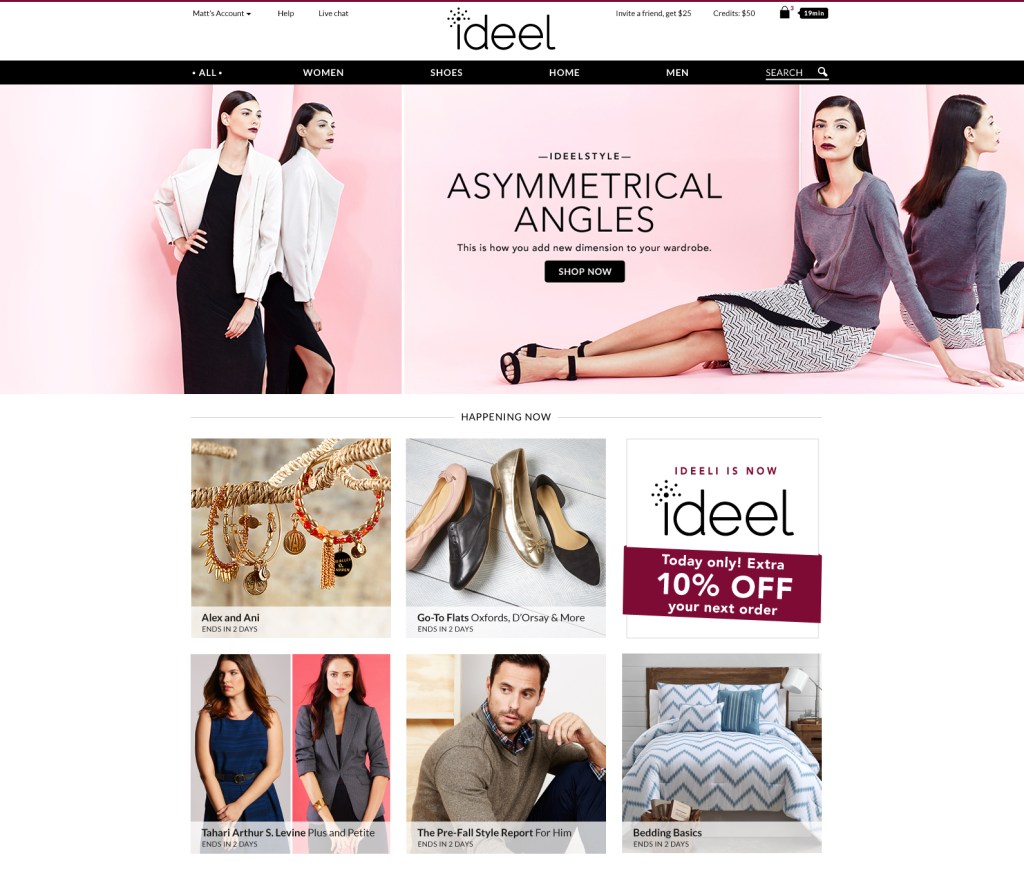 The rebrand rollout is almost entirely complete, but (in a move that won’t inspire confidence), Ideel’s mobile site will retain the old brand for now: Groupon says the new Ideel name will eventually hit the mobile site, sometime “before the end of the year.”

The Ideel announcement comes just nine days after Groupon reported weak second quarter results, prompting investors to quickly send the company packing in after-hours trading. Shortly after Groupon’s earnings dropped, investors drove the stock down a whopping 17 percent. The company has since failed to recover and currently stands at $5.79 per share — nearly its lowest price since early June.

And unfortunately, the Ideel rebrand likely won’t inspire enough confidence to truly move the needle for Groupon. The company acquired Ideeli back in January for $43 million. When news of the deal broke, investors weren’t particularly impressed. Seven months later, all Ideel has to show for itself is a slight rebrand and a loyalty program.