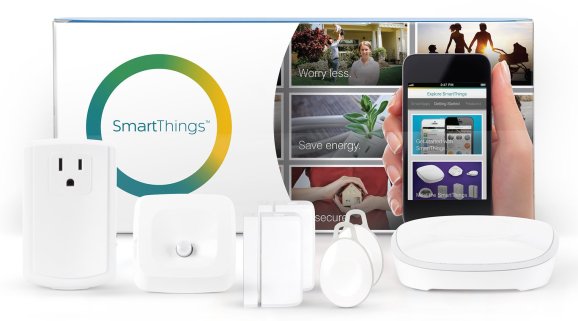 The South Korean giant announced the news today but didn’t disclose terms. Re/code, citing anonymous sources, pegged the deal at around $200 million. Today’s deal could have big implications in the growing Internet of things world, at least judging by the stated plans in the press release on the deal:

With Samsung’s resources and support, SmartThings will be able to expand its platform and become available for even more partners and devices

SmartThings sells hardware that serves as a hub for connected devices, with a smartphone app associated with the hardware. The hub works with devices that use Zigbee and Z-Wave communication protocols.

SmartThings will function as an independent entity, according to a blog post today from chief executive Alex Hawkinson. The team will move from its current home in Washington, D.C., to a new office in Palo Alto, Calif., he wrote.

SmartThings originated in 2012 as a tremendously successful campaign on Kickstarter, raising more than $1.2 million despite a $250,000 goal.