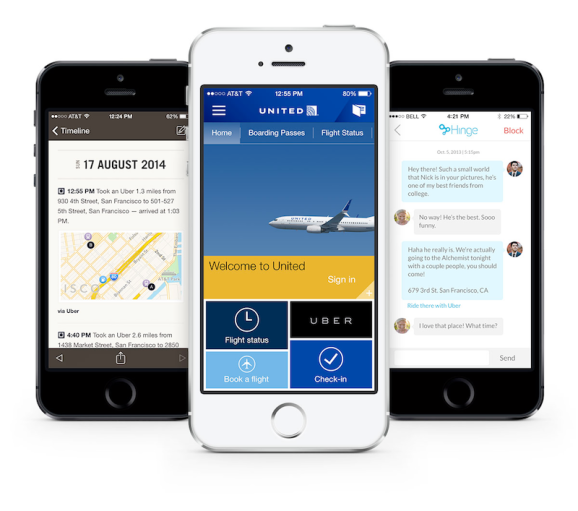 The Uberization of the world has just accelerated. Today, the company opened up its API, meaning that it is no longer just a platform for booking taxis but could also be applied to other services in the real world.

“Apps can pass a destination address to the Uber app, display pickup times, provide fare estimates, access trip history, and more,” the company said on its blog. One can also envision, over time, the platform adding other transportation functions unrelated to taxis, such as delivery services or parking-by-appointment.

The API for Uber’s key use case — requesting a ride — is being released “in a more controlled fashion,” Uber said, because it results in sending a real car and driver to a given location. At this point, that capability is being reserved for a few partners, but the company is taking inquiries from interested developers.

“This is really a big moment for Uber,” spokesperson Nairi Hourdajian told VentureBeat. “We’re touching every hour of every day in [the cities we’re in], and we’re bringing the Uber mobile experience to every mobile app.”

Uber “could focus on just logistics,” Reticle Research principal analyst Ross Rubin told us. “In some ways, its platform is one of drivers,” which could then be called upon for various uses.

“It could be really plugged into TaskRabbit,” he suggested, “where someone needs transportation to your home” and an available driver, via Uber, fills the need.

But some Uber-watchers think the API could be a two-edged sword.

On the one hand, “opening up an API is a good move from Uber’s perspective because it embeds them in a wider range of apps and processes and increases their sales potential because they have more channels,” Gartner vice president Nick Jones told VentureBeat.

“It also provides Uber and its partners with opportunities for marketing, [such as] ‘stay at Hilton and we’ll give you a 50 percent reduction in the cost of the ride.’ ”

And there’s also the additional user data to mine for insights, he said, as well as an increased likelihood that Uber will be better integrated into larger platforms, like intelligent voice agents Siri or Cortana.

On the other hand, Uber, available in 170 cities and 44 countries, is not a neutral brand.

“Some organizations won’t want to be associated with that battle and so will stay clear of using the API in case they get caught up in legal or PR issues.”

Uber is also launching a new affiliate program, offering incentives to developers for getting users of a third-party app to book an Uber ride. New users will get a credit of up to $30 when they register through an outside app.

Nearly a dozen companies have already partnered with the company to integrate their apps using Uber’s API, including Expensify, Hyatt Hotes & Resorts, OpenTable, Starbucks, TripAdvisor and United Airlines. In May, Google added Uber integration to its Maps app.

The partners offer a range of possible integrations. The OpenTable app can have a taxi or car service ready to take you to your favorite restaurant, and the United app shows fare estimates to the airport from the nearest drivers, along with estimated travel time. With the Hyatt app, a user can book a room and ask for a taxi to the hotel in one reservation screen. Momento includes your Uber trip history alongside the other most memorable moments in your life (although there are likely some rides people would rather forget).

Yesterday, the company announced that it would be launching an on-demand product delivery service in Washington, D.C. And it said that none other than Obama election mastermind David Ploufee would become its senior vice president of policy and strategy.