LinkedIn released a bold and fascinating report about the career paths of successful tech founders. The public company made a refreshingly opinionated conclusion: Aspiring teens should not forgo college to found a risky tech startup.

“The image of a young, unstoppable founder is certainly appealing — cultivated in movies like The Social Network and through press-friendly initiatives like [the] Thiel 20 Under 20, there’s plenty in popular culture to suggest that the essential ingredients of entrepreneurship are little more than youth and a healthy dose of determination,” wrote Linkedin’s senior data scientist, Michael Conover, in a post that called out noted Silicon Valley investor and education critic, Peter Thiel.

Thiel’s 20 Under 20 experiment to pay teens to delay college for $100,000 in startup money has faced harsh criticism from its inception.

Conover claims that data doesn’t support Thiel’s thesis, and you can see this in three graphs. I’ll give my 2 cents on his conclusions below these.

Combining the Crunchbase database of venture funding with founder’s LinkedIn profiles, Conover finds that most venture-backed founders went to a highly reputable college and held senior leadership positions prior to their startup

As University of California at Berkeley researcher Vivek Wadhwa has pointed out, many Silicon Valley founders defy the stereotype of a young, brilliant twenty-something. Conover’s own findings show that the overwhelming proportion of founders begin a company they after turn 30.

Conover finds that most founders are heavily networked on LinkedIn; the more people founders know, the more successful they are.

After adding education background, age, and total LinkedIn connectivity, Conover finds that there’s a moderate correlation these characteristics and the total amount of venture raised. 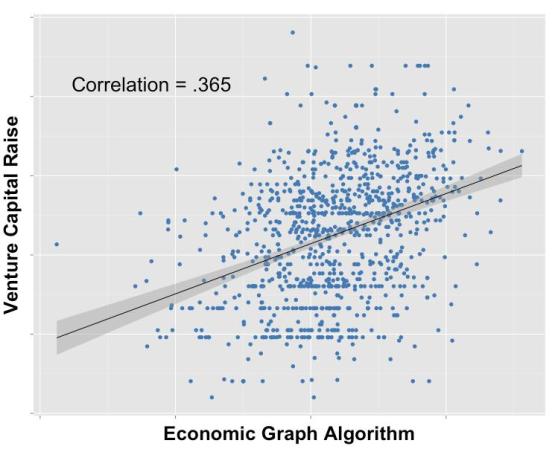 Not so fast, though …

LinkedIn’s report is a fascinating look at the career paths of successful entrepreneurs and uses some new data sets in important ways. For this, the company should be commended, especially for daring to offer an opinion on an important policy topic.

That said, the report’s conclusions are questionable. All of the data is based on weak correlations and a misunderstanding of Thiel’s project.

Here are a few key issues the report doesn’t address:

Additionally, Conover misinterprets the reason why some people forgo college or go into Thiel’s program. Many entrants into 20 Under 20 don’t have the opportunity to go to a school where students can start a company. Stanford’s StartupX is great for the lucky few who can get a great education at a university that is willing to invest venture capital. But this practice is not mainstream at most schools.

Ideally, Thiel’s project will push universities to integrate elements of his philosophy and fund students who attend their school.

Thiel’s project is more a statement on college reform than a call to abolish the entire system. That said, the program is yet to prove that paying students to forgo college actually works.

To date, we don’t have good data on whether college is the cost for aspiring startup founders. If I had to guess, I’d say it is a wise idea for students’ to hedge their bets and get a diploma. But we need to be honest and admit that it’s a guess either way.