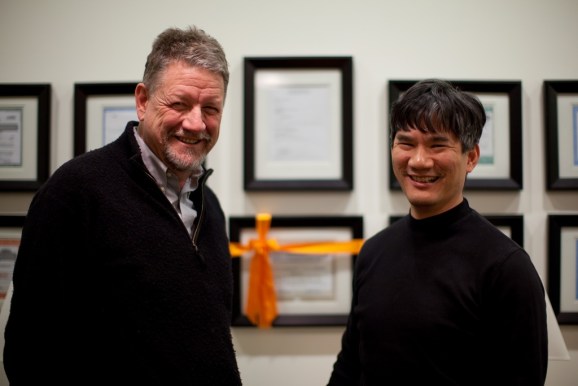 That exit would be Amazon’s $970 million all-cash acquisition of Twitch. Alsop Louie was one of the first investors in Twitch back in 2007 when it was still known as Justin.TV, a small startup that existed primarily (or so it seemed) to support founder Justin Kan’s “lifestreaming” project.

“Seven years ago, we made a bet that this guy running around with a camera on his head was the future of television,” Alsop Louie partner Stewart Alsop told VentureBeat.

Now, he said, that bet doesn’t look so crazy.

Twitch has more than 55 million monthly viewers, which is bigger than some major cable channels, and they watch videos that more than 1 million game-streamers create. In addition, Alsop said, Twitch has remarkably high levels of engagement: Viewers enjoy the interactive experience, which includes live chats, rather than just passively watching videos. Indeed, Twitch now looks like Amazon’s chance at dominating yet another medium.

“This happened exactly the way we said it would — and that feels really good as a venture capitalist,” Alsop said.

“We like $100 million funds,” Alsop said. “It really works with our style and approach.”

That approach, Alsop said, pairs partner Gilman Louie with Alsop as “the geek and the gadfly,” respectively. Louie, with experience running a company (Spectrum HoloByte) and then working within the CIA, has extensive technical and business knowledge. And Alsop, a former technology journalist and editor-in-chief of InfoWorld (where he was my boss for a few years in the 1990s), has extensive connections throughout the industry.

When advising startups in their portfolio, Alsop said, “Gilman tells them what they should be doing, [and] then I go in and tell them how to do it.

“Because we’ve been in the business so long, we’re able to see the future. We have enough confidence in our pattern recognition that we can make long-term bets.”

The Twitch exit had no influence on the fundraising to date, but it will probably make it easier to close the second half of the fund. (And that’s probably why Alsop is so eager to talk about it — in my experience, VCs are generally reluctant to talk about their new funds until they are completely closed. New SEC rules that are less strict on solicitation also make it easier for a VC to talk to the press before closing a fund.)

Other successful Alsop Louie exits include Ribbit, which British Telecom (now BT) bought for $105 million in 2008, giving Alsop Louie a fivefold return two years after it invested. NetWitness, which sold to EMC in 2010 for $250 million, produced an eightfold return after three years, Alsop said.

Alsop Louie’s investment focus will remain roughly the same, with about 70 percent of its investments focused on security and data analytics, and the other 30 percent “just doing something that disrupts the hell out of the world,” as Alsop put it.

He claims that the third fund is already in positive returns territory. Even though it is not closed yet, the firm has already started investing the money, including an early bet on security chat tool Wickr. After Wickr’s big series B round closed earlier this year, Alsop said, Alsop Louie’s return is already at five times what it has invested.

“We’re getting better at this,” Alsop confidently said.