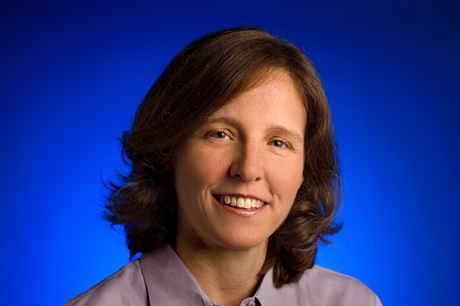 Megan Smith, an executive at Google’s mad-scientist lab, Google X, was just appointed Obama’s senior technology advisor and White House Chief Technology Officer. She will be the third person to take up the position since it was created: one of the president’s first acts back in 2009.

The CTO is a new and (very) ambiguous role.

So, what exactly is the CTO?

Obama created this special-appointed advisory role to think about creative ways of using technology to solve national problems. It is distinct from the more bureaucratic role of the White House chief information officer, which is tasked with figuring out how the government should buy equipment and hire employees.

There have been two people who held the position prior to Smith: Aneesh Chopra and Todd Park. Both of Smith’s predecessors managed very different projects.

What can we expect Smith to do?

So far, open data has been the common priority for both former CTOs. The government sits on a vast warehouse of lucrative databases. It’s hard to overstate how valuable the public release of such data can be. Ronald Reagan ordered the release of satellite (GPS) data back in the early 1980s, after a missing jetliner over Soviet Airspace caused a national freak-out.

Since then, this GPS data has been the innovative nugget that spawned many of the essential location services of mobile computing, from driving directions to Yelp.

Aneesh Chopra spent much of his tenure at CTO figuring out the legal framework for open data policy, such as how government agencies should make data public by default. Todd Park made all these policies more concrete, establishing programs to release data in education, health, public safety, and energy.

As an example, energy data has been used by startups to help consumers track and reduce their household energy waste.

What could she work on?

The CTO is given broad authority to work on just about anything related to technology. As the first CTO, Aneesh Chopra championed crowdfunding for startups, which culminated in the the JOBS Act. Though it has been stymied at the Security Exchange Commission over worries about uneducated investors, eventually the law will allow anyone to invest in a small business.

Park took a long-term view of the CTO and created a fellows program: a select group of young technologists who helped the White House on various tech projects. White House Presidential Innovation Fellows work on everything from a Paypal-like transfer service for foreign payments to improving disaster recovery response.

Can they make the government suck less?

That’s the goal. When the federal health exchange, Healthcare.gov, suffered an epic meltdown and almost took down the president’s signature piece of legislation, Park was tasked with fixing the website.

Park is now leading a new Silicon Valley-based organization to recruit top tech talent to ensure that major government screw-ups do not happen again. And ideally, they’re going to work on some interesting new projects.

Why do we need a CTO?

Our libertarian-minded readers may be asking why the position is even needed. Why not just let the private sector manage important government services?

That’s actually what Park was hired to do. Back when he was first appointed, Park told me that the office of the CTO was about empowering businesses and citizens to help solve national problems through technology.

How could Smith be different?

This is speculation on my part, but Obama has made “high-performance” management a priority [PDF]. This allows the federal government to act more like a technology company. For instance, instead of hiring an expensive government contractor, the White House could take a page from Netflix and build a product through a prize competition.

Likewise, Google X is really a management philosophy first and a product team second. They look at the craziest optimistic things that could possible be accomplished and then see if a product can be built. If Smith does anything unique in her new role, it may be to bring “moonshot thinking” to the White House.