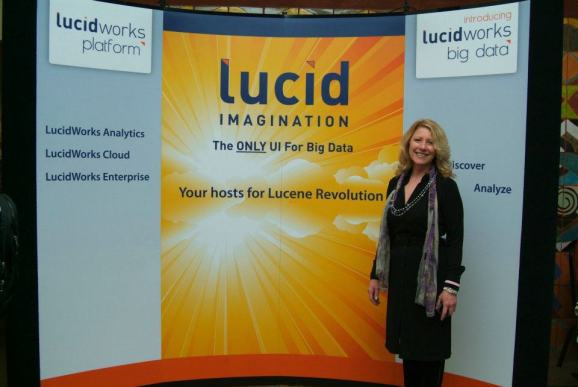 LucidWorks, a startup that sells search software based on open-source technology that companies can integrate into their applications, appears to be in trouble.

The company has gone through at least two rounds of layoffs in the past three months, former employees say. It has botched key partnership deals that could have brought in more business. And investors kicked out chief executive Paul Doscher and replaced him with former Splunk business-development director Will Hayes, who had no C-level experience, rubbing some employees the wrong way.

Now Hayes, who hasn’t increased annual sales goals, wants to move LucidWorks up from its home in Redwood City, Calif., to San Francisco’s Union Square neighborhood, not far away from his home, even as the company deals with two lawsuits.

“I’d be surprised if they make it 18 months,” one former employee told VentureBeat.

And yet, investors earlier this month dropped almost $8 million into the startup as part of a $12 million round. That will boost the company’s fortunes, but it is much less than the $30-50 million new chief executive Will Hayes was hoping for, the former employee said.

And it’s far short of the $70 million funding round competitor Elasticsearch announced earlier this year.

Four former employees I spoke to who requested anonymity — including one former high-level executive — said these developments reflect a surprisingly bleak situation at the seven-year-old company.

“There’s no way I bought my stock,” one of them said, referring to exercising stock options upon departing the company.

LucidWorks chief marketing officer Keith Messick confirmed the move to San Francisco in an email and wrote that while the company has let nine employees go, it has hired 20 since June.

But for the most part Messick declined to respond to VentureBeat’s many questions for this story. (We’ve included a few specific responses below.)

The company launched in 2009, billing itself as the “first commercial company dedicated to Apache Lucene/Solr open-source search technology” and offering certified distributions of Lucene and Solr, as well as training, commercial support, and tools to sit on top of the open-source technology. Developers building applications can draw on Lucene’s text search engine library as well as the Solr project, which provides indexing, caching, and text-analysis features for Lucene.

Five months later, In-Q-Tel, the venture arm of the U.S. intelligence community, announced a strategic investment in the company.

A year later, Lucid landed $10 million in funding, and in May 2013, by then renamed LucidWorks, the company picked up another $10 million.

Along the way, institutional investors like Granite Ventures, Shasta Ventures, and Walden International jumped in.

But even as the company has garnered continued investment, the search market has become increasingly challenging.

Google has had an enterprise search product on the market since 2002, and it is appealing to many companies by virtue of its relatively low price, Whit Andrews, an enterprise search analyst at Gartner, told VentureBeat. Then, in 2008, Microsoft bought an enterprise search software company called Fast Search & Transfer and subsequently offered the technology for free. That’s made matters difficult for LucidWorks as well as others in the business.

“Establishing the value proposition for open-source search hasn’t been easy for any vendors in the market,” Andrews said.

Amid those market conditions, LucidWorks has not been able to hold onto all of its customers. Besides Nordstrom, at least one customer, The Guardian, has started working with Elasticsearch‘s technology.

“We still do have a couple of products that are running using Solr, so I’m not uncomfortable at being quoted on their [LucidWorks’] website,” Graham Tackley, The Guardian’s director of architecture, told VentureBeat. “However, many have now moved across to Elasticsearch, and it’s unlikely that we’d choose anything other than Elasticsearch for any new product.”

Lost partnerships, layoffs, and a low round

And so LucidWorks has apparently pushed hard to keep big-name customers around. LucidWorks’ salespeople managed to get Apple to commit to an additional deal, which essentially allowed the company to make its numbers on a single customer, one former employee told VentureBeat. “Otherwise,” she said, “they would really be sliding.”

The situation seems to have worsened following shakeups in the sales team, leaving young salespeople inexperienced in the enterprise-software game trying to win deals.

“I don’t think any of the sales team hits (their) number except one guy,” said a former employee. And that one guy has resorted to “dropping his pants,” as the sales expression goes, promising to significantly chop the price of a service if his lead commits to buying right away, a different former employee said.

The sales goals aren’t increasing. The revenue target for the year is $12 million, right in line with last year, that former employee said.

And it doesn’t help that LucidWorks has fumbled with partnerships it was trying to get in place. It was working on alliances with Amazon Web Services, Intel, and Splunk, one former employee told VentureBeat.

“Will [Hayes] imploded that with comments he made in the final agreement,” that former employee said of one partnership.

And after Hayes stepped up as chief executive in June, he’s laid off people in marketing, sales, and business development.

On the technology side of the company, meanwhile, employees have missed deadlines for shipping software to customers, month after month, another former employee said.

Outside the office, the company has other distractions — in court, to be exact.

Mike Moody, a former senior vice president of engineering at LucidWorks who was terminated in December, sued LucidWorks and certain executives in February for unlawful termination, according to documents submitted to the U.S. District Court for the Northern District of California.

LucidWorks is also ensnared in a case it filed against Seeley, one of its founders, in the Superior Court of California, San Mateo County. “This is a case about double-dealing on an employer, which arises from the secretive founding and launching of the company Heliosearch by Yonik Seeley before his resignation from his former employer LucidWorks in October 2013,” the complaint begins. “Unknown to LucidWorks, while Seeley was still employed by LucidWorks, he simultaneously was working directly against LucidWorks’ interests by developing and promoting his new venture Heliosearch as a competing alternative to LucidWorks.”

Both of these cases are still in court. Neither Moody nor Seeley responded to VentureBeat’s requests for comment.

Despite these circumstances, investors have poured more money into LucidWorks.

Ravi Mohan, a Shasta Ventures managing director, did not respond to VentureBeat’s requests for comment.

To be fair, not everyone thinks LucidWorks is doomed.

One former employee VentureBeat spoke with wasn’t completely bearish on the company, saying, “I exercised my stock [options]. I think they’ll go somewhere with it.”

Plus, ongoing struggles at LucidWorks haven’t been obvious to many.

Gartner’s Andrews wasn’t aware of any unusually great strain on the company in recent months.

And the possible move from Redwood City to San Francisco might not be exclusively to appease Hayes. Other executives live in San Francisco and Marin County, a former employee said.

Plus, “The ramen is better here than in Redwood City,” Messick told me via email.

On top of that, the company has picked up some new business this year, including contracts with the U.S. Food and Drug Administration and the National Labor Relations Board, according to federal documents. Such deals help keep the company going.

Even so, the former employees have concerns about the company’s trajectory.

“This is the most surreal situation I’ve ever watched from the outside,” a former employee said. “It’s just bizarre.”