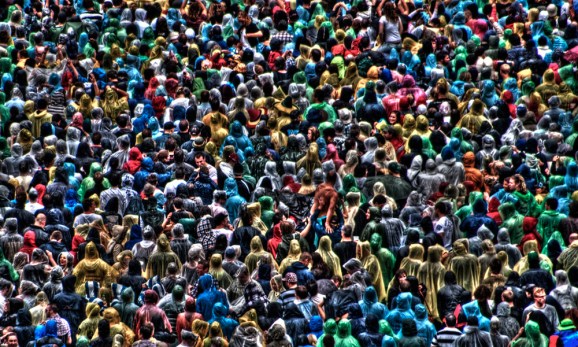 With almost three quarters of 2014 complete, angel and venture capital has poured more than $140 million into the infrastructure of crowdfunding, more than double the amount invested last year and 43% more in individual deals. Where is all this money going?

For four years, my firm has been studying the crowdfunding space. The crowdfunding industry encompasses all forms of crowd finance: donation, perks/pre-order, debt, and equity. Still nascent in its growth, serious investments started to flow into the space in 2011, with three deals totaling $13.5 million. A year later, three more investments totaled $18.6 million.

During 2012, our work in Washington, D.C. culminated in the form of the JOBS Act, and major provisions were signed into law, including Title II, lifting the ban on general solicitation to accredited investors, and Title III, debt and equity crowdfunding. Savvy entrepreneurs who understood what these fundamental changes meant began building and scaling all forms of crowd finance platforms.

2013 was a breakout year for crowdfunding. A total of $71 million went into seven major deals that year. This represents a 133% growth over 2012, with more than twice as many deals. Lending and rewards platforms were the greatest beneficiary of these investments. Now, in just eight months of 2014 more than $140 million has been pumped into at least 10 deals (we expect this to be close to $250 million by year’s end). Five of these deals were over $14 million each, totaling $124 million.

Interestingly enough, we’re starting to see significant capital poured into the equity crowdfunding space even though Title III of the JOBS Act has yet to go into effect. (We did, however, let the SEC know that, two-plus years since President Obama gave it the green light, an industry is primed and ready to go).

So what trends are we seeing?

Size of rounds: Series A investments across the board are averaging $6 million. Series B rounds jump to $28 million, and C and D to around $45 million each as companies seek more capital to scale, grow, and beat out the competition. Since lending platforms are the biggest and most mature, they’ve been pushing the average deal size up in the later rounds.

Number of startups by round: Over 25 companies have completed Series A rounds, 13 Series B, and 10 Series C and above.

Average investment by round: The average A round for equity platforms is $5.75 million. For lending platforms, the average is $5.1 million. And reward platforms lead the pack at almost $7 million.

According to our research, in total almost $1 billion has been invested into the crowd finance arena since 2006. Six lending platforms have collectively raised over $450 million, which reflects not only the investor interest in these peer-to-peer (P2P) and peer-to-business (P2B) platforms but also a justification of their business models. Interestingly enough, the P2P space last year saw $1 billion flow from investors to borrowers, with demand now exceeding supply as institutional investors try to buy up these loans — another data point in why the crowd finance arena is serious business.

Over 10 rewards platforms have received over $275 million in investments. Kickstarter and Indiegogo have the biggest names in the space, but platforms like Quirky received substantial later-stage rounds, and relative newbie Crowdtilt closed a significant B round of $23 million.

More than seven equity crowdfunding platforms have received over $180 million in financing, with the oldest among them being only four-years old. This too shows validation for a business model of which one of the two models (Title III, crowdfunding for all) has yet to go into effect. We anticipate equity crowdfunding to blossom in the next 36 months, with a majority of venture capital flowing into this space as early movers are proving the model, the media is covering it with more interest, and the global appetite for this sector expands significantly.

New market entrants, new technologies, and new businesses (think crowd education, crowd vetting tools, crowd analytic, and crowd investor relations) are launching to support the crowdfunding industry, and we are keeping an eye on them. Actually, we are doing more than that; we are placing our bets on who we think the winners will be with our own capital.